The game room is a place on the first floor of the Campus Center where many students go to play activities such as pool, Xbox, air hockey and other gaming consoles. Students can enter simply by sliding their identification card on the outside of the door in order to go in and use the equipment. This summer, the Campus Center will be undergoing a Renovation Project that will result in the game room being moved to a new location. This decision was made by Student Affairs, Enrollment Management and University Recreation (URec) in the Renovation Project Meeting, which was held last week. Dr. Scot Lingrell, Vice president for student Affairs and Enrollment Management and Dean of Students, spoke about the renovation on March 28, 2014.

The renovation project consists of the Center Student Involvement, University Recreation, Student Affairs and Enrollment Management all being moved into new places in the Campus Center. This project is occurring because CSI needs to move to where the game room currently is so that they can have easier access to the students that come into their office. CSI is currently on the third floor of the Campus Center. This is an issue for students and CSI staff because they must go through the turn styles with their Identification cards while taking the stairs to go above the gym, which is on the second floor. This project was created to ease that issue by putting CSI on the first floor where the game room is currently place. Once the game is moved to the area where the café lounge currently is placed then CSI can move to the first floor. The game room will be moved to the area right next to its current spot, which is the café lounge. 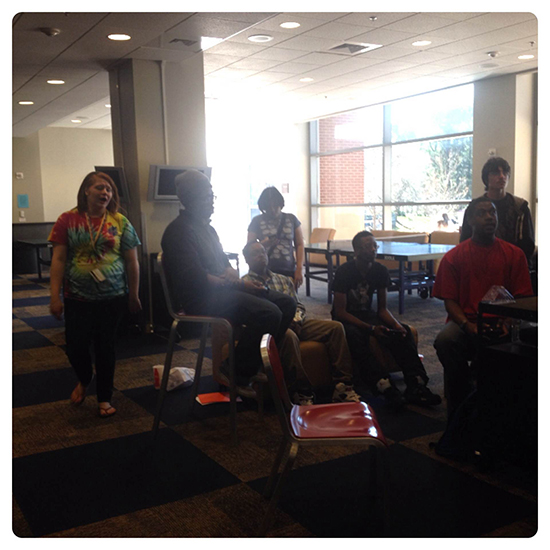 First, the game room will be moved to the café lounge area. Second, the CSI offices will be placed on the same floor but where the game room is currently placed. Thirdly, the University Recreation Offices will move upstairs to where CSI offices are currently placed. Finally, Student Affairs and Enrollment Management will move into the current place of the URec offices.

The Campus Center is completely funded by student fees. Lingrell said some of the staffing and rental costs are funded through student fees.

“We have reached out to some of our peer institutions to look and see what offerings that maybe we don’t have to see if there is better use of the space. There is not going to be to much of a change in the activities that we do but the relocation is going to be a major part of it,” said Brad Whittaker Associate Director of Programs at University Recreation.

“Obviously we would not want to take a step back,” said Peele.  “I think we have a lot of good things going on in the game room, and we want to make sure we can continue to ensure the enjoyment of that space for the students.”

The concept drawings present the fact that there is 680 square feet less than the original game room. The new game room will be designed for more usable space with an efficient layout. Lingrell said the current game room is narrow with a lot of useless window space. The renovations will allow the room to be filled with more games, consoles, and activities.

Lingrell said the student’s fees would not decrease because it is not paid for by the square footage and all operations of the room will be the same.

Since not all concepts have been finalized, there will be more meetings to come; Lingrell said when the concepts are finalized he will notify CSI, URec and student government.