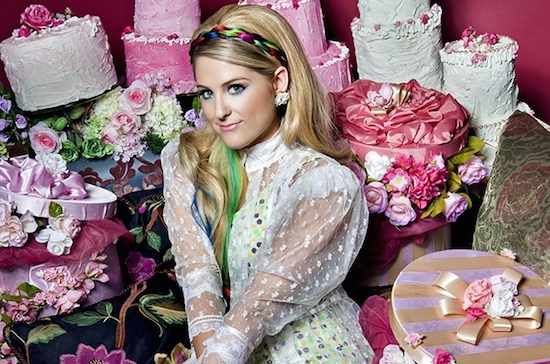 *Editor’s Note: Some quotations have been censored for profanity.

If you constructed a list of the catchiest pop songs of 2014, you can bet that Meghan Trainor’s, “All About That Bass,” would make it into the top 5. Released by Epic Records in June, this up-beat, chart topping, radio favorite has put a new spin on pop music by intertwining it with a body positive message. However, following the release of the single, the song received a lot of criticism due to a few contradictory elements in the song’s overall message.

I was discussing a few points of the song with a co-worker who asserted that the only real message the song conveys is that bigger body types are the more ideal body type. I think that listeners have to keep in mind that the song was written with Trainor’s body type in mind.

Trainor sings, “I’m bringing booty back, go ahead and tell them skinny b—- that.”

If listeners focus on that line alone, they might assume that Trainor is taking a stance by deeming bodies of smaller women as less than satisfactory.

She then says, “No, I’m just playing. I know you think you’re fat, but I’m here to tell you every inch of you is perfect from the bottom to the top.”

Trainor addresses that even smaller women struggle with body image issues and that struggle is not limited to women who are bigger in size. Trainor’s take on body image begins to appear much more positive when compared to an artist who has also received similar criticism about body image within her songs. In the last few lines of her recent single, “Anaconda,” Nicki Minaj attacks skinny women point blank.

Minaj ttempts to promote body appreciation by pitting curvier women and thinner women against each other. This method of celebrating body positivity is digressive, much like other lyrics present within Trainor’s song that have listeners scratching their heads.

Trainor sings, “I’m all about that bass. No treble.”

I do not think that Trainor meant to necessarily shame other body types, but the definitive that she is absolutely not about “treble” makes it seems as so. It is apparent that her lyrics “all about that bass” are a metaphor for the acceptance of bigger bodies, and her lyrics “no treble” are the opposite for smaller body types.

The interesting part about the chorus of Trainor’s song is that, if interpreted literally, it doesn’t make any sense. Imagine her song without treble; it would sound like you were listening to it with earmuffs on. It is a balance of both bass and treble that make the melodies that form these pop songs. This idea makes up the overall point of the analysis.

Beauty is subjective, and there is not a conventional body type that exists anywhere in the world. Whether intentional or not, taking a stance for one body type over another continues to perpetuate body image issues within society. It is not a crime to prefer one type of body to another, but I think it would be more progressive to create songs that are all about the bass and treble.