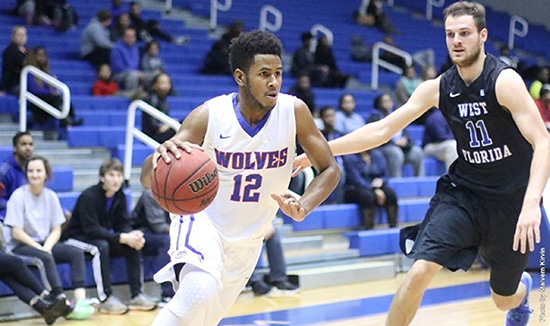 As the month of March inches its way closer to reality, a college basketball post-season lingers nearly. Most supporters take this time of the year for granted, as if the basketball gods owe them. Wolves’ fans at the University of West Georgia know nothing of this feeling — in fact the 2015 post- season could be the first they enjoy in years.

For fans of established programs like Duke, Kentucky and more, this time of the year feels like the moment you awake from the long nap, which is the regular season. The Wolves do not enjoy this luxury; not only have they had a multi-year playoff drought, but they also do not even have a National Championship. However, this year could change everything for the program.

At this point in the season the Wolves are placed at no. 24 with a record of 16-4. With less than eight games remaining the team holds a pretty tight grip on what seems to be one of the last remaining spots.

The most important focus at this juncture is winning; one loss could land the Wolves back in Carrollton for the playoffs. Their remaining opponents are all familiar foes from earlier in the season, while the Wolves bested the Lee College Flames and Christian Brothers University Buccaneers, there are three opponents that have beaten them.

The first of those three opponents that they will play is Shorter University. The one other time these two teams played the margin of victory was 17-points.

This may sound like a death sentence, however it is not, and here is why: The Wolves, since the lost, have gone 7-1 with the lone loss coming to them on the road and only by a margin of 2-points.

“They were a sharper and crisper team from the jump, but Alderman killed us. We allowed too many direct passes to him in the first half and it led to too many easy buckets for them,” said Coach Michael Cooney after the loss.

In addition to this being their second crack at the same team, UWG will also enjoy the fact that unlike the first game, they will be playing in front of a home crowd.

And if the Wolves manage to get past that hurdle, the final game of the season will prove to be the final benchmark for their post-season worthiness.

University of West Alabama will come to the Coliseum to close the season with the Wolves on Feb. 27. Their most recent meeting left West Georgia nursing a 2-point loss, which was their second loss of the month of January.

Achieving a post-season berth is paramount for a program out to prove itself. Should UWG finish the season excluded from playoff contention, momentum will again be exhausted.