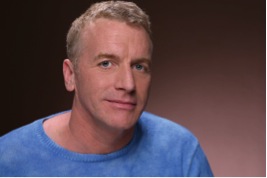 It is a windy Tuesday afternoon and director and actor Bill Bowers in an empty conference room looking over his teaching and directing schedule for the week. The University of West Georgia houses their Theatre Department in Munro Hall which proudly stands in the middle of campus. He introduces himself with a handshake and a smile as he talks energetically about his latest project, Snapshot.

“This play is small little bite size plays that we can delve into and explore. What’s difficult is how they all come together in one evening,” says Bowers. “Why are we hearing all these stories in one evening?” continues Bowers.

Snapshot is a collection of several different skits based on and inspired by photographs. Some of the photographs the plays are based on are of Mount Rushmore and September 11th. Bowers remembers 9/11 vividly, “It felt like it was the end of the world. I couldn’t go home,” says Bowers.

In Bowers’ directing process, he looks for certain aspects that lie in the men and women who audition for his plays. “In this cast there are 8 people. Everyone is playing a number of diffrent things. What’s the plot? What has to occur? They have to find a difference between the characters they play,” says Bowers.

A large range of men and women is what Bowers looks for when casting plays like Snapshot. “There is a monologue where a woman has to really swear. It’s Erica Randle,” says Bowers with a grin. Erica Randle is a Student Marketing Assistant with a major in Theatre who is in the cast of Snapshot.

“You have to really cut loose and curse. I had people try several characters from the play. For Erica, she has to be someone who is confident and powerful and funny at the same time. She plays two powerful women in the play,” continues Bowers.

He went on to express his love for the Theatre Company and Program here at UWG. The fact that students can learn costume shop one semester and learn playwriting in the next is something that Bowers views as beneficial.

Before Bowers got involved in Snapshot he directed Scapin in 2008 with UWG’s Theatre Company. “It was a comedy called Scapin. Which is a modern adaptation from mid 1800s,” says Bowers. “An Italian style of comedy, they were like the cast of Saturday Night live. They would improvise and make these stories. This is a modern retelling of it,” continues Bowers.

Bowers has been a professional actor for the last 30 years and on and off Broadway for the past decade. In his recent years he has been looking into directing stage plays with the desire to see things from “the big picture.”

A reoccurring theme in almost all the plays Bowers has directed and written is discovering your identity. “I write about how we find our identity and how you learn who you are. The theme of Snapshot is what is our identity to being an American. Do people feel secure in this country?” explains Bowers.

To keep up with all Bowers’ upcoming projects go to bill-bowers.com

For more information on the UWG Theatre Company and upcoming events go to http://www.westga.edu/~theatre/index.html