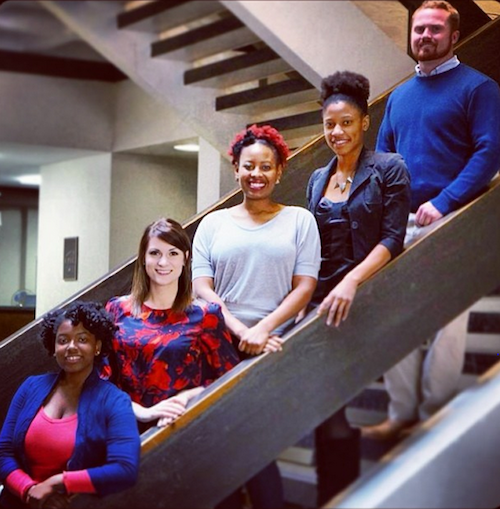 The University of West Georgia welcomed a new Public Relations Firm under the Department of Mass Communications. Although the firm, titled Bluestone, serves as a practicum course for students, its professionalism stretches beyond the campus. In fact, the firm has already landed its  first off-campus client.

“We are excited to provide an experiential learning experience that will engage students in strategic development and execution of communications projects through research and planning, while working in a deadline-oriented environment,” said Dr. Cole. “Students will also be engaged in media relations, branding and promotions, social media strategy and produce professional work while learning the importance of cultivating professional relationships with businesses and nonprofit clients.”

The Firm began with five student associates who have all become managers through an interview process; Stephanie Kecskes, Donald Karr, Cyra Higgins, Briana Crawford and Briyanna Releford. The firm now houses a total of 17 paraprofessionals.

“Our task last semester was to research student-run public relations firms and figure out the best way to put ours together,” said Dr. Morris.

Staff members conducted research on every element involved in creating the firm, such as finding the right name, logo and tagline. Various faculty members, students and alumni were asked to complete surveys concerning the elements as a part of the extensive research process.

“It was a really long process,” said Keckses, who serves as the operations manager. “All of last semester we were really just trying to build our foundation and figure out who we are and what we want to do.”

So why is the firm named Bluestone? The first half, “Blue,” honors the school colors. As far as the inspiration behind adding “stone” to the end, the firm explained that they were looking for something a little more traditional.

“The stone comes from the original McIntosh Stone,” said Releford.

The McIntosh Stone was brought to the campus in 1916. In 1980, it began serving as the school’s official logo and is still located on Front Campus Drive.

Bluestone is working on various projects for The National Center For Civil And Human Rights in Atlanta, who will serve as the firm’s first off-campus client. According to Morris, it was originally a group that she wanted to cultivate over a longer period of time.

Morris went on to explain that the firm planned to originally house five different clients, but decided to put it on hold once it landed their first client.

“We decided that this was such a unique opportunity and we wanted to do a good job,” said Morris. “We decided that we would have the whole team focus on this client first and later in the semester if we have time, we’ll see about bringing on other clients.”