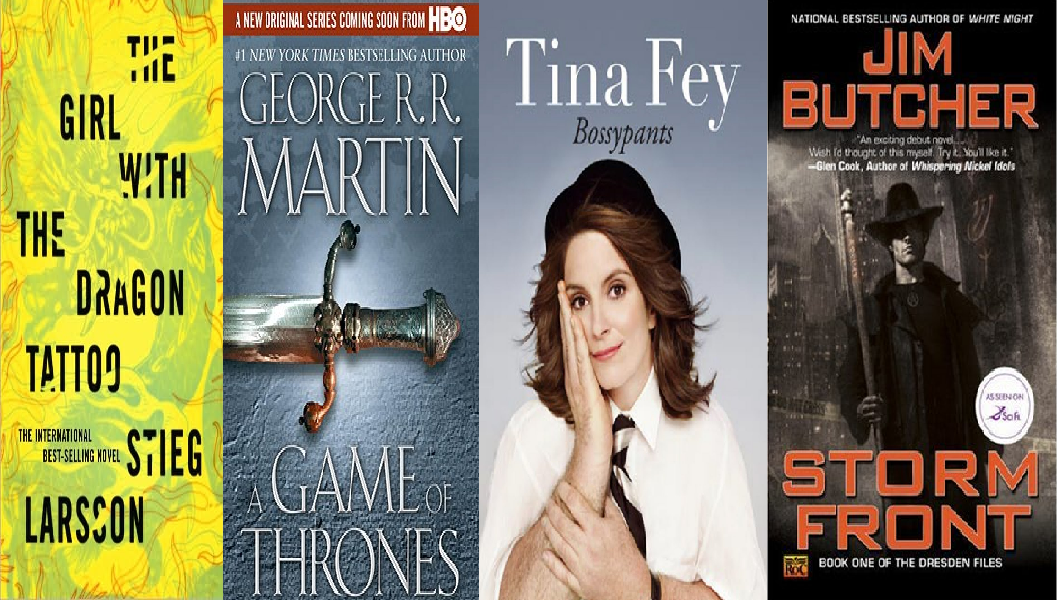 As a writer, I sometimes find myself caught between my love for all things literary and my responsibilities in academia.  It is hard to find the time for reading when you have so many other things to do.  When I ask for book recommendations, people often mention the old classics, but I always find it difficult to read the lengthy, dry novels wrapped in metaphor and symbolism.  And those whiney young adult books just don’t cut it either. So I’ve created a list of a few books with actual literary merit that are fun to read and won’t make you feel like you are doing a reading assignment for class.

You may be familiar with this because the HBO television series Game of Thrones is based on these works.  This medieval fantasy series is full of action, but also has great character development.  The books jump between different characters’ point-of-view to tell the story of the war for control over Westeros, one of the three known continents of this fictional world.  It has the basic makeup of a medieval series with kings, knights, dragons and political intrigue, but also has a sense of the supernatural.  The books are long but keep you hooked the entire time.  They are also easy to put down and continue reading later if you have pressing school work that needs to be done.

This is another series that you may be familiar with because of the film industry.  This originally Swedish series is made up of three crime/mystery novels, “The Girl with the Dragon Tattoo,” “The Girl who Played with Fire,” and “The Girl who Kicked the Hornet’s Nest.”  The two main characters of the saga are Lisbeth Salander and Michael Blomkvist.  Lisbeth is a 20-something with bad social skills and a photographic memory while Michael is a journalist and editor for “Millenium,” a magazine for which the series was named.  The series was adapted into three Swedish films of the same names and recently an American version of the first film was released.

This series is centered around Harry Dresden, a private investigator and a wizard.  There are currently 13 novels in the series and a fourteenth on the way, all recounting Dresden’s experiences working on supernatural cases in modern-day Chicago.  In this fictional dimension of our world, the public is ignorant to the existence of ghosts, vampires, demons, werewolves and other supernatural beings—each with their own organizations and set of societal rules.  This series is fun and filled with tons of pop-culture references while also being engaging and mysterious.

Tina Fey, a comedic star in “30 Rock” and “Saturday Night Live,” tells her life story through comedy and introspection. Even the blurbs on the back cover are hilarious—“Totally worth it.” (Trees), “”Do not print this glowing recommendation of Tina Fey’s book until I’ve been dead a hundred years.” (Mark Twain ), “Hilarious and insightful. Laugh-out-loud funny — oh no, a full moon. No! Arrgh! Get away from me! Save yourself!” (A Guy Turning into a Werewolf ). If you are looking for a comedic autobiography to keep you laughing even after you just failed your third test of the semester, “Bossypants” is the book for you.