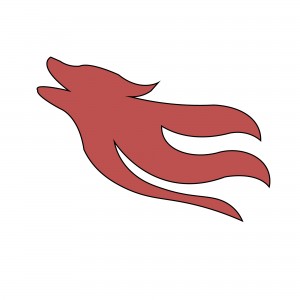 Sleepyheads (Sleepy Hollow fans) put in their season two DVD and watch three episodes while tweeting about their favorite moments and memories. Potterheads (Harry Potter fans) attend The Wizarding World of Harry Potter at Universal Studios in Orlando, FL. Twi-hards (Twilight fans) have a movie-watch party and play the Twilight board game.

These different groups are called fandoms, a hyper-intensive group of fans dedicated to a particular television show, movie, book, band or other various forms of entertainment, and they come together to gush, talk and obsess over their favorite characters, scenes, cast members, chapters, quotes, episodes, songs, seasons and more. Members of fandoms interact with each other through social media sites, such as Facebook, Twitter, Tumblr or Instagram, and big events, like New York Comic-Con, Dragoncon and meet-and-greets.

Fandoms exist for nearly every type of TV show, including The Walking Dead, Scandal, The Vampire Diaries, The X-Files, Doctor Who and more. There are a few reasons why fandoms are great and why you should join one or become more involved with the one you are currently in.

For one, you meet new people. Some of these people you interact with, whether through conventions or online, might even become your friends.

A fandom also provides a sense of community for a person. Interacting with these fans eventually begins to feel like a family; a fandom is a small, intimate community with inside jokes and ship wars and plenty of excitement. There are disappointments that happen within the fandom, too. An actor could die, a fan event is cancelled, your favorite ship could break up or an actress could leave the show; however, when these sad times happen, there are people who understand your devastation. They endure the madness with you; it is comforting.

Another reason fandom is fun is because you are not alone in your obsession; someone can relate to you. If your friends or family do not watch The Flash or ship Ichabod and Abbie, for instance, then there is someone who does. You can find these fans on social media sites or at conventions. You may also spot a person wearing a t-shirt, reading a book or wearing a back-pack with your character on it and may decide to talk to them.

Not only that, but fandom lets you express yourself. Fanfiction, fanart and fan videos are just some of the ways you can show-off your artistry. Fans also create GIF sets (Graphic Interchange Format), vines and music playlists inspired by scenes and characters. These are great outlets, and others like to see what you have created. Sometimes, fans tweet, tag or share their creations with the creators themselves. Although sometimes consuming, using your creativity is an entertaining, method of displaying your passion.

Social media and fan functions are easy ways to connect with different fandoms. You can also host watch parties to interact with others or online activities, such as trivia on Twitter or an appreciation week where fans post videos, photos or sketches of your favorite show or book. Whichever fan base(s) you represent or want to represent, let your fandom flag fly.