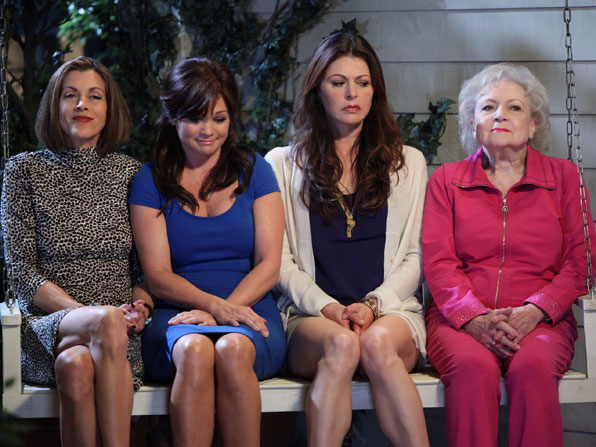 Better known for their roles in previous comedies and sitcoms, such as The Golden Girls and Frasier, both Betty White and Jane Leeves are in no way newbies to the comedy scene. White and Leeves are now reoccurring characters in TV Land’s hit comedy series Hot in Cleveland.  Each adds zing, zang, sass and class to the show’s composition.

Aside from White and Leeves, the show also stars veteran actresses Valerie Bertinelli and Wendie Malick.

“The success of the show is due to the incredible chemistry between the four of us—Valerie, Wendie, Betty, and I. We just absolutely adore each other,” said Leeves.

Since the airing of the show, it has created a great amount of success in not only ratings, but in network firsts. The show is the network’s first original scripted series. Hot in Cleveland has also made network history by becoming the network’s highest rating telecast in the network’s 14-year history.

The show averages two million viewers among the network’s targeted audience of women from the ages of 25-54.

“I think it’s great. I’ve heard it said that Hot in Cleveland on TV Land has done what Mad Men did for AMC. It’s for the branding, the network. So it feels really great for us,” said Leeves.  “It keeps the genre alive, and kicking. A genre that Betty and I have so much experience in…so I really think it’s wonderful.”

The show focuses on the relationship between three entertainment stricken-women Melanie (Bertinelli), Joy (Leeves), and Victoria (Malick) who have each exceeded their time with fame in the entertainment business after their plane crashes in Cleveland, Ohio. The three women find comfort in Cleveland after giving up the fast-paced life to settle in and move in with a judgmental, brutally honest and carefree caretaker by the name of Elka (White).

Despite the attitudes on camera, the women of Hot in Cleveland remark that the bond in which they have makes a difference in the overall part of the making of the show.

“You hear these horror stories about they don’t speak unless it’s in the script, how do you do comedy if you don’t like each other?” said White.

White, 91, has been charming and warming the hearts of sitcom and comedy lovers since she casted as Sue Ann Nivens on the Mary Tyler Moore Show. She is most famous for her ditzy, corky and warm-at-heart role as Rose Nylund on the 80’s NBC sitcom, The Golden Girls. White has remained a household name, as she can be seen everywhere on television today.

Aside from the show, White and Leeves give advice to anyone who may have the goals of aspiring to be in the entertainment industry.

“You’re in the funny business but you take the business very seriously.” said White.

“I would say that I have learned a great deal just by being around Betty, in terms of being a professional, showing up on time, and knowing your stuff when you get there,” said Leeves.

The fans of Hot in Cleveland can expect a new season of unexpected twists and exciting guest stars to premiere live for its fifth season on June 19th at 10:00 P.M. on TV Land. For more information on TV Land’s Hot in Cleveland, its cast members, episode guide and to see full episodes, visit tvland.com/shows/hot-in-cleveland.