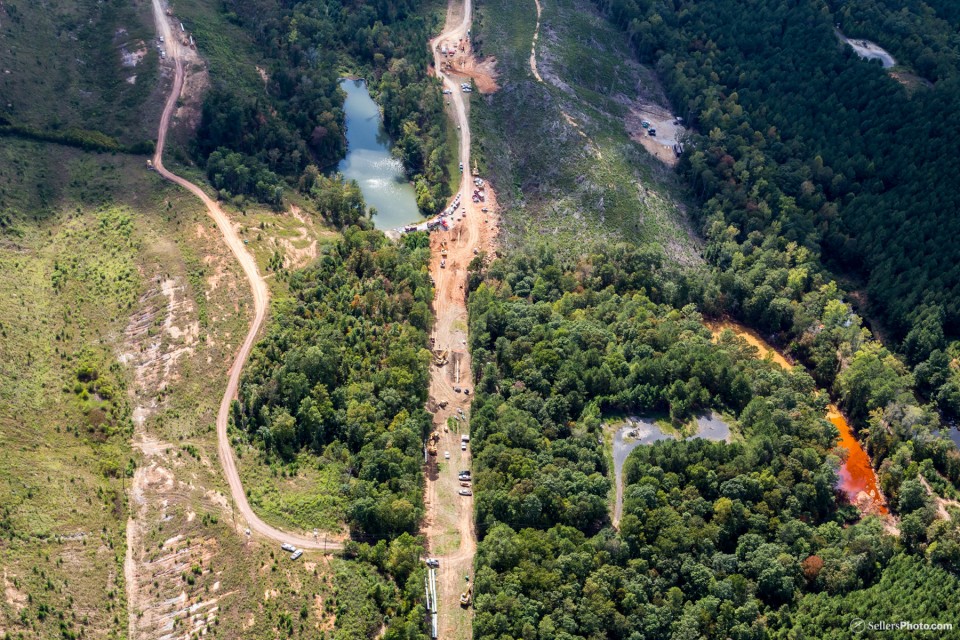 Alabama Surface Mining Commission discovered a gas leak on Sept. 9 from a Colonial Pipeline near Helena, Ala.

The Pipeline and Hazardous Materials Safety Administration reported that state workers discovered the leak when they noticed a strong gasoline odor and sheen on a man-made retention pond.

The pipeline, belonging to Colonial Pipeline Co., based in Alpharetta, Ga., is one of the two main pipelines that connect cities from Atlanta to New York to refineries in Louisiana and Texas. It provides almost 40 percent of the Southeast and East Coast region with gasoline.

The spill reduced fuel supplies in five states: Alabama, Georgia, Tennessee and the Carolinas. Gas prices in and around Metro Atlanta spiked as much as forty cents higher per gallon.

On Sept. 13, Governor Nathan Deal issued a state of emergency that suspended the eleven hour driving limit placed on all truck drivers and allowed them to stay on the road longer to ensure the delivery of gas throughout Georgia.

The leak has also caused gas stations to run dry throughout the City of Atlanta and surrounding areas including Carrollton. On Sunday, Sept. 18, the QuikTrip on Bankhead Highway removed their prices and yellow bags were seen on the pumps. The Kangaroo Express and Chevron on Maple Street were out also. Most gas stations only had premium, if they had any gas at all.

Concerns rose among commuter students at UWG, seeing that some commute as far as Canton, Ga., to get to campus.

Commuter student and senior Odessa Timmerman-McLean explained that gas was scarce in Canton where she lives. Major gas stations like QuikTrip and RaceTrac were dry, but the smaller stations were still running. Eventually those stations ran out, too. Some gas stations put a limit on the amount of gas a customer can get.

“A Chevron that’s usually a ghost town because it’s across the street from a QuikTrip was rationing gas,” said Timmerman–Mclean. “They only allowed $20 worth per car.”

UWG’s administration has been monitoring the situation as it unfolds to make sure that the situation does not affect the students on campus.

“If the situation may worsen, some students may face difficulties, but we believe the fuel situation will have minimal impact,” said UWG Director of Strategic Communication Gary Leftwich. “About a third of our undergraduate students live on campus and another large amount of students live in apartments within walking distance.”

As of Sept. 22, gas started flowing through a 500 foot bypass that has been built around the damaged pipeline. According to a statement released by Colonial Pipeline, it will take several days for the fuel delivery to return to normal. Some may experience or continue to experience service interruptions.

The cause for the leak has not yet been determined due to the pipe still being partially underground. Workers are working to dig up the pipe and have it inspected.

The leak spilled up to 330,000 gallons into a rural area with most of it flowing into a retention pond. 60 percent of the spill has been removed with no serious environmental damage.