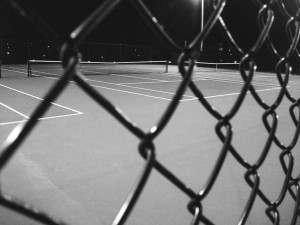 A new team has hit West Georgia. The Club Tennis Team provides students with the chance to compete with students from other universities, and gain experience at the same time. This semester students can attend practices to brush up on their tennis skills. There will also be tournaments where students can perform the skills they have been working on.

West Georgia has a women’s intercollegiate tennis team, but does not have a men’s intercollegiate tennis team. With this in mind student and tennis player Peter John Goulbourne decided that he wanted to start a campus organization allowing not just women, but all students to engage in tennis, as well as schedule competitive matches. “I wanted to do something where we could bring different people together, beginners or even professionals to play tennis.” said Goulbourne.  All students interested in playing competitive tennis are encouraged to see what the Club Tennis Team is all about.

The USTA Southern Championship is set on the schedule for this February in Auburn Al. At this tournament there will be students from other universities all over the south competing against one another, including The University of Georgia, Georgia Technical Institute, Auburn University, The University of Alabama, Macon State and many others.

The team holds practices on Wednesday nights at 7:00 p.m. at the tennis courts on campus near the campus center. If students are interested they should email Peter John Goulbourne at pgoulbo1@my.westga.edu for more information on how they can get involved, and when the next practice will be held.