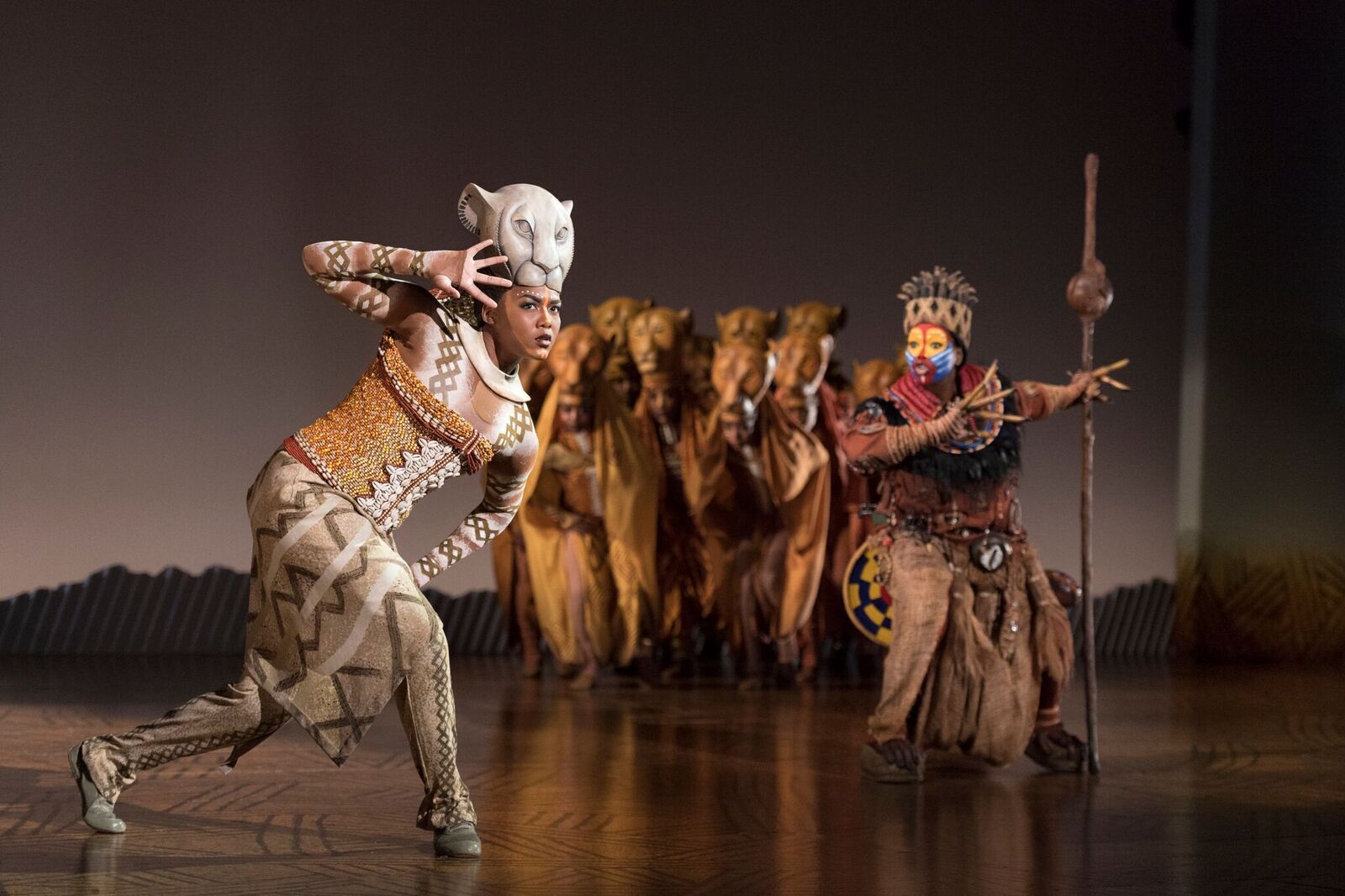 Wonder no more, a Lion King review is here to save those who have a burning desire to attend the Fox and allow their inner childhood dreams to unfold in approximately two hours. Some may say that this is an experience of a lifetime and others…well, they may say you need to go back and watch the movie again before going to see the show. Whichever it may be, the experience is significantly unique to everyone. More specifically, the immediacy of live theatre as a whole has a way of making one person feel emotions unlike any other.

While The Lion King may be a favorite childhood Disney movie, there is nothing quite like seeing it take place on Broadway. From the astonishing special effects to the intensely stunning costume designs, the show was amazing. Julie Taymor, the director of the production and costume design, did a breathtaking job of making the play come to life.

Although Taymor did a great job at giving vivid details throughout each scene of exactly what was taking place, it was hard to fully focus on the show due to the temptation of trying to remember The Lion King’s full story. Even though it is a well-known childhood musical, if a viewer does not know the tiny details of the reason behind each scene then it may be hard to concentrate on the work of art that was put together for this production. On the other hand, if a theatregoer is well equipped with the story then they are in luck; they can simply sit back and enjoy the show.

Besides the need to refresh the brain on the glorious details of the show, it was startlingly impressive. In particular, the opening scene was magical. It began with the “Circle of Life” and a bright orange sunrise backdrop to set the mood. Ginormous life-sized elephants, giraffes, birds and various other African animals operated by actors made their way onto the stage. Because of the vibrant colors and excitement, it changed the entire atmosphere and the viewers were automatically intrigued.

The costume design by Taymor was by far the most creative and detail oriented piece in the show. The lion manes were carefully crafted out of wood and some could even be operated by hand in order for the character to embrace the lion-like or humanlike persona. Each actor had costumes that clearly revealed their characters and distinguished them from the rest of the cast. The actors did an exceptional job at replicating the voices, choreography and personalities of each of the characters in the original movie. The authenticity of the show gave a clear representation of the original movie.

Overall, Disney’s The Lion King was a captivating production and is easily the number one musical. It proved its hype and the cast was talented, outstanding and deserve praise for this show. While it would be a good idea to watch the movie again before seeing it on Broadway, it was presented in a way that created a desire for more. Bravo and brava to the cast and crew of the excellent production of this show.