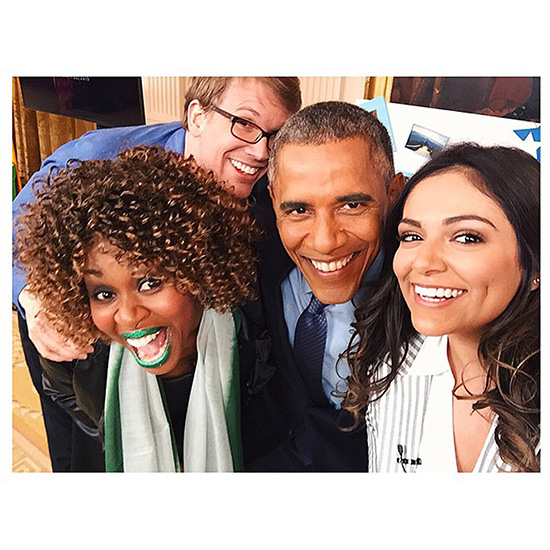 In recent weeks, months and even years, many men and women have used the networking platform YouTube as a career. If a person goes to YouTube today, they can find videos of literally anything. As this medium of entertainment is constantly growing, some aspects of classic media have taken this new change in stride, such as the President’s Administration, whereas certain representatives of network giants like CNN and Fox News have faltered.

YouTube was founded in February 2005 and was purchased by Google in November 2006. Since then, making web videos has been seen as both an art form and a source of revenue. While most people may know YouTube as the source of viral videos like “Ain’t Nobody Got Time For That” or “Leave Britney Alone,” YouTube is now a source for almost every possible type of content. Video bloggers or vloggers such as Tyler Oakley, Bethany Mota and Zoe Sugg, are just a few of the people who are currently building their brands and using YouTube as their jumpstart. Other people, such as Hank and his brother John Green, author of The Fault in Our Stars, also have a YouTube channel that they began in 2007 called VlogBrothers. In their channel, Hank and John vlog one-on-one, talking about important issues, such as education, gender equality and racial issues in our society.

Therefore, YouTube can be seen as much more than just a time-waster. Instead, it is a medium of continuous information. A feature of YouTube shows just how popular the website is by looking at the sheer number of subscribers. Accounts are notified whenever that particular user posts a new video that these content creators possess. Tyler Oakley, for example, has over 6 million subscribers while Zoe Sugg and Bethany Mota have over 7 million and 8 million subscribers, respectively. The number of subscribers is important because if that many users actively subscribed to that channel, it raises the likelihood of how many viewers will watch any one video made by the creator.

Outlets like the White House have noticed this huge trend and are jumping with both feet into this world. For example, Tyler Oakley interviewed First Lady Michelle Obama on his YouTube channel in September 2014 and focused on getting a college education. Today, that same video has almost 2 million views. Following in this trend, the President’s State of the Union address was live streamed through the Internet with live feeds of interaction, such as tweets and Facebook posts.

Another example of the White House using this new medium of information to their advantage was when YouTubers Hank Green, Bethany Mota and Glozell Green interviewed the president on Jan. 22, 2015. Instead of presenting a lighthearted fluff piece, the YouTubers were well prepared and took the opportunity seriously. Glozell Green interviewed the President about relations with Cuba and Mota talked to the President about getting young adults involved in politics and bullying.

“This is one area where I think your voice is more powerful than the President of the United States,” said President Obama.

Hank Green discussed health care and how the Affordable Care Act allowed his monthly medication cost to be extremely reduced.

“I have to take medication for a chronic condition, and before I had insurance, I could not take this medication,” Green said. “It was $1,100 a month, and now it is $5 a month…”

After the interviews were complete, the media was very torn about their reaction to this event. While some praised these interviews as being a step in bridging the gap between millennials and the previous generation in terms of political interest, some other characters of the news media saw this event as a waste of time.

He said, “And I’m just curious, was ‘Charlie Bit My Finger’ or ‘David After Dentist’ not available?”

By calling them “weird” and implying that it was unimportant, Murdoch was just furthering an idea that is still very relevant in classical media today: that the Internet should not be considered a viable source of media.

In a response to this negative reaction to this event, Hank Green pointed out a very eye-opening statistic.

There is something to be said about mainstream media when the average person under middle age gets more of their news from the Internet and Jon Stewart than anywhere else. Green also compared mainstream media to the media from previous years.

“Fox News functions so successfully as an arm of the Republican Party because the news used to be an unassailable fortress of legitimacy,” Green said. “Walter Cronkite wasn’t representing a political ideology, or even discussing politics when my father watched the news as a teenager. He was discussing the news.”

As millennials, we are called to this idea that we should be informed and that we should know what is going on in our news; however, what determines the legitimacy of where that news comes from? It appears as if mainstream media is resorting to dismissiveness and derision of this new medium out of fear, a fear of being faced with a generation that finds them irrelevant.