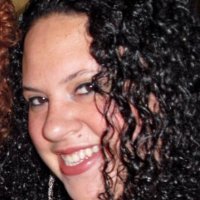 The University of West Georgia will hosted a free, open discussion about the new Affordable Care Act on Oct. 10 from 7 – 9 p.m. in TLC 1303. Attorney Amanda Ptashkin, Outreach and Advocacy Director for Georgians for a Healthy Future, informed students about how they are affected by the new law.

The Marketplace is designed to offer healthcare coverage for families with limited income.

“It’s hard to say exactly how many will benefit from the new healthcare laws,” said Ptashkin.

“About 800,000 Georgia consumers will become eligible for insurance subsidies.”

Consumers in every state are able to use the Marketplace, and no new insurance policy is needed if currently covered by Medicaid, Medicare, CHIP, COBRA, TRICARE, VA health coverage or have a job-based or self-bought insurance plans.

The Marketplace allows consumers to view plans available in their area and find low costs for insurance premiums, presented in four coverage categories: Bronze, Silver, Gold and Platinum, which are based upon price comparison and benefits.

“The Affordable Care Act is designed to protect consumers,” said Ptashkin. “Consumers can no longer be denied coverage, and there can be no more junk policies. These subsidies are meant to help families and individuals who earn $11,500-$45,000 annually. This reform is meant to help the middle class.”

These plans are offered by private companies that cover essential health benefits. Essential health benefits insure that consumers cannot be charged more for having an illness or pre-existing condition, they cannot charge women more than men for the same coverage plan, and covers many preventive services covered at no cost, such as vaccines, screenings and checkups.

If under age 26, consumers can be kept on or added to their parents insurance policy, and can remain on even if they are married, not living with parents, attending school or even eligible to enroll in an employer plan.

Under the new healthcare laws, many states will be expanding their Medicaid programs to extend coverage to accommodate consumers with higher income levels in 2014, however Georgia will not.

“We have about 1.9 million people uninsured in Georgia. If Georgia had passed the Medicaid expansion, about 1.5 million would have been newly eligible for coverage,” said Ptashkin.

Marketplace insurance plans cannot put yearly or lifetime limits on how much they will spend to cover benefits once out-of-pocket maximum has been reached by the consumer. All Marketplace plans are required to cover pregnancy and childbirth, as well as preventative contraception methods as prescribed by a physician.

By enrolling in the Marketplace by Dec. 15, consumers can receive coverage as soon as Jan. 1, 2014. Open enrollment for Marketplace plans ends March 31, 2014, and after that penalties will be implemented on those who are not insured. This penalty is called the “individual responsibility payment.”

Most people must have health coverage in 2014 or pay a fee of $95 per adult, $47.50 per child or one percent of yearly income, whichever is higher. The most a family would have to pay in 2014 is $285 for choosing not to be covered by any insurance plan according to the healthcare.gov website.

These fees will increase yearly, and by 2016, rates will extend up to 2.5 percent of annual income, or $695 per person will apply for the uninsured, however, certain consumers may qualify for exemptions based upon income level or hardship.

“Health is more than individual health,” said Ptashkin. “By having fewer sick people, we are able to build up the economy, which creates a multiplying effect. Put the rhetoric aside and look at the facts and see what makes sense for you. No, the laws aren’t perfect, but this is the biggest step in health care reform in years. Left, right, up, down—doesn’t matter. See what the options are and how you can take advantage of them.”

Until filing a Marketplace application, consumers can use the Kaiser Family Foundation calculator tool to get a rough estimate of health insurance cost in 2014. Estimates are based on national averages to determine plan cost based on age, family size and tobacco usage.

The estimates do not account for differences in where you live, which may affect prices and offerings. Prices listed by this tool are based upon the Bronze category plan. To view other plans, consumers need only create an account at healthcare.gov.