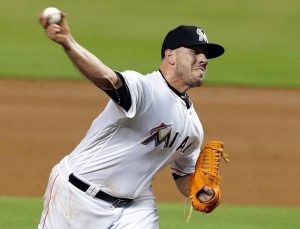 At 24 years old, Jose Fernandez, a Major League Baseball (MLB) player for the Miami Marlins, died in a boating accident Sept. 25. SportsCenter anchors reported his body was near an overturned boat just off the shore of South Beach. Two of his friends were also discovered dead. He is survived by his grandmother, mother and his pregnant girlfriend. Though heartbreaking news, Fernandez, native to Cuba, accomplished so much in his short time.

Any Cuban is faced with the dilemma of fleeing to America. After all, freedom is just a short 90 miles away, but a hazardous sea voyage on a small, overcrowded boat raises the risk for drowning, detection and deportation back to Cuba.

Fernandez attempted escape four times. His last attempt was when he was 15 years old. In the middle of the night on a speedboat, he, along with dozens others, raced away from Cuba with nothing but their bravery. Suddenly, a person fell overboard and without hesitation, Fernandez dove into the water to save the unfortunate sole. Upon grasping the person in the water, he discovered it was his own mother he was rescuing. Once both were safely on board, they continued their journey towards freedom.

They finally landed in Mexico, and from there Jose and his mother continued to Florida. Fernandez was then enrolled in Braulio Alonso High School in Tampa where he joined the baseball team. He shined as the baseball star, not only in the school, but in the entire greater West Florida area. Many MLB teams showed huge interest in Fernandez. Upon graduation, Fernandez was selected with the 14th overall pick in the 2011 MLB draft by the Miami Marlins.

Now, the MLB is no stranger to getting incredible athletes from other countries. But to have a Cuban-born pitcher in a rich Cuban culture like Miami, the community definitely had an amazing reason to get behind the team. This was not only an opportunity for the Marlins, but for Fernandez.

Fernandez took not only the Miami Marlins but the entire league by storm. In just four short years, he lit up the television screens with his personality and his physical performance by becoming the National League Rookie of the Year and a two-time All Star. He worked his way up to become the Marlins’ Ace and a household name as one of the best pitchers in baseball. All of these achievements would not have occurred  if he still lived in Cuba.

The Marlins, the city of Miami, baseball fans and sports fans everywhere were left in shock and tears after hearing about his death. Fernandez was scheduled to pitch the day after his death against the Atlanta Braves. Both teams decided to cancel the game. The next game, the Marlins and the rest of baseball mourned and honored the young Ace as being one of the faces of the game.

“It’s sad that something so tragic has to happen,” said Marlin’s intern Carlito Cardenas in a Facebook post and Tweet. “For those who knew Jose, he is one of many Cuban defectors. He was a hidden gem that broke free from a poverty stricken island. He related so well to all of us down here in Miami, he will be missed deeply by the city that loved him.”

Sadly, we will never know what great things he would have accomplished on and off the field. His death leaves an empty feeling in a lot of people. Fernandez is another reminder that no matter how many pitches he threw and no matter how hard he played, the one thing that he nor anyone can control is the amount of time we are given.

1 thought on “Jose Fernandez: A Success Story Ended Too Soon”