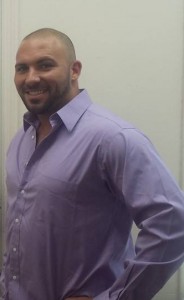 For many working students, time between classes involves pushing lawnmowers, smiling at irritating customers or clicking away the hours of their lives at a desk job. Of the peanuts that most of us earn, bills, school loans, and the government take the king’s share and leave us with the shell. As a whole, Americans are finding it hard to gain a dollar, and almost impossible to keep it. It should make sense that if dollars are so scarce, that they must be in short supply right? Not if you start a civil war in a foreign country.

In lieu of paying down our almost 18 trillion dollar debt, we Americans prefer removing dictators, nation building, supplying Mexican cartels with automatic weapons, and most recently, giving weapons to shady Syrian rebels. As university educated young Americans, we obviously understand how all of these hobbies are endless money pits, but where is the uproar of protest? Are we too busy struggling for day-to-day survival, too busy worshipping worthless celebrities, or just not willing to fight for anything that does not have enough Facebook likes? If you have not heard of ISIS yet, stop reading now. Turn ESPN back on and watch your favorite group of grown men play with a ball. For the rest of us, let us take a look at how our hard earned tax dollars are being wasted on thugs and cowards.

Let us cover some quick points first. The Sunni and Shia Islamic factions have been in conflict long before America existed. In Saddam’s Iraq, much like Syria, the Shia minority had political power over the Sunni majority. By coincidence, the Sunni populations of both countries were mistreated, and America aimed to topple both Shia governments. In Iraq, we spent almost 2 trillion dollars, lost 4,486 American soldiers and failed to convince the Sunni and Shia to kiss and make up. However, we did manage to create a power vacuum capable of collecting the most difficult extremists. How did we create this vacuum? Along with the Sunni and Shia rivalry, the American military was given the laughable task of convincing Iraqis to fight for their own country. To carry on the success of our failures, America decided to arm Sunni Syrian rebels in the shadow of the Iraqi vacuum. At the expense of potential scholarships, research for new medicines, or paying off the debt, we trained an unknown motley crew to defeat the Russian and Hamas supported Bashar al-Assad, the tyrant ruler of Syria. Unfortunately, these rebels not only failed to end Assad’s regime, but the Syrian civil war was transformed into a game of Hungry Hungry Hippos. Each faction frantically chomped away for the balls of power, with the Benny Hill theme song looting in the background.

As most homicidal and power hungry people are prone to lying and deception, it is widely accepted that present day members of ISIS secretly gained arms and training from American’s hard earned dollars. Donning their new skills, they routed and hijacked weapons from Iraq’s western territories. Many of the hijacked Iraqi weapons were initially paid for with American tax dollars.

After receiving little resistance from the Sunni controlled western Iraq, ISIS loomed over the city of Mosul. With its American-trained Iraqi military presence, and 200 American contractors, many thought that ISIS would suffer an embarrassing defeat. In reality, most of the Iraqi forces fled, abandoning their weapons, the Americans and their country. ISIS videos show their mass executions of these fleeing soldiers. Not wanting to recreate the Alamo, the American contractors were shortly thereafter flown to safety.

After raiding the central bank in Mosul, ISIS acquired 425 million dollars. With its tax revenues, underground oil exports to Turkey and initial financing from other countries, ISIS has become the wealthiest terrorist organization in the world. Having become a legitimate threat to American security, our new plan is to, almost single-handedly lead a coalition of airstrikes against ISIS. In essence, we are dropping million-dollar taxpayer bombs, on our million-dollar, ISIS controlled, taxpayer equipment.

As an institution of thinkers, debaters, and problem solvers, I challenge you to know the facts, have an opinion, and change the world.