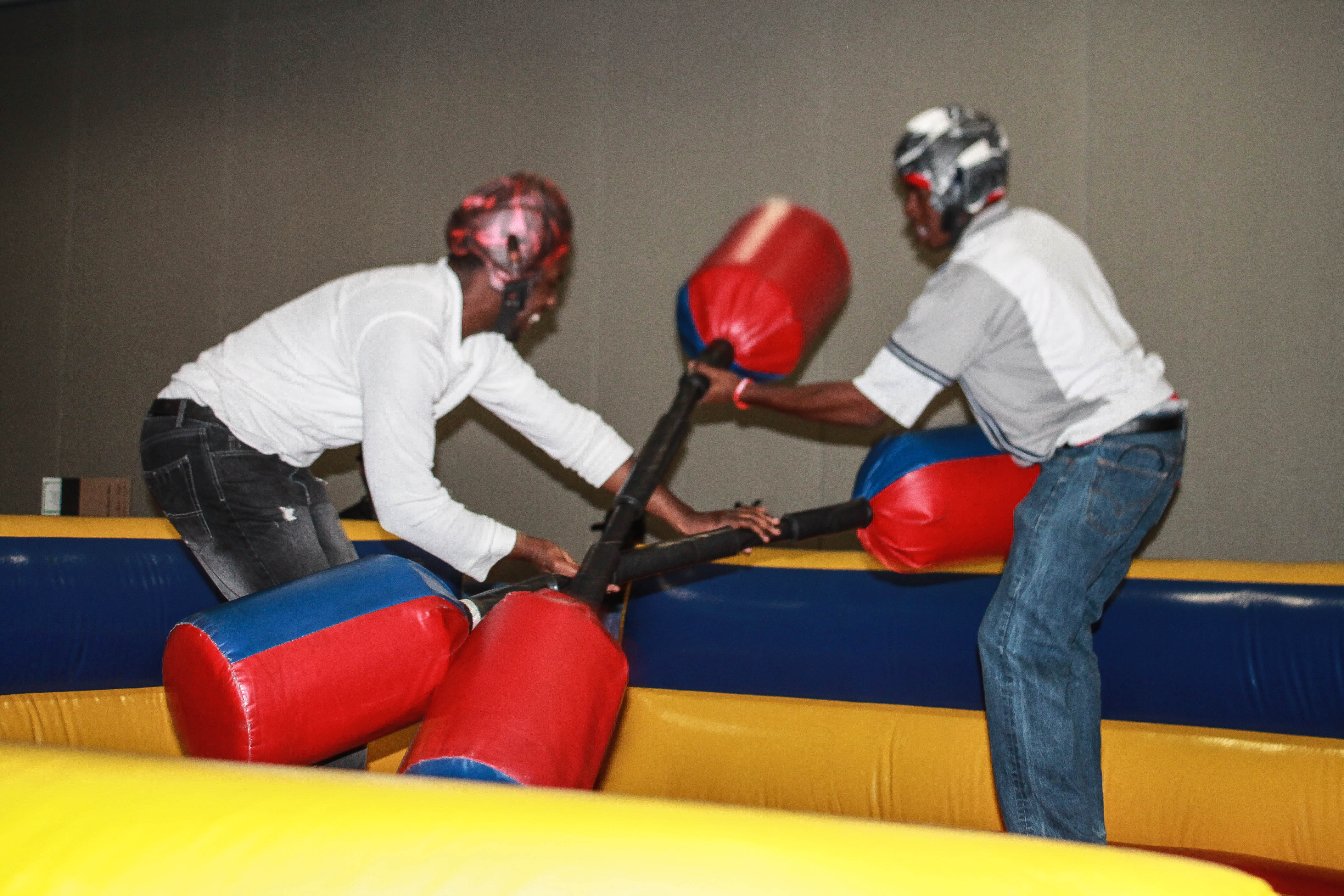 The Campus Center Ballroom was packed on election night. Among the DJ’s music, free food, photo booths and games, students waited to hear the results of the election. Some participated in a trivia game with questions about America’s previous presidents, while others tried their skills in a game battling each other with giant Q-tips. No matter what they were doing, students were anxious to hear the election results after Georgia polls closed at 7 p.m. Every hour after that, states in later time zones would then close their polls, bringing more anticipation as each hour passed.

After every hour of polls closing, projections were made as to which candidate would win the electoral vote in each state. Obama took the lead after the first time zone of states closed their polls. However, when the middle time zones had turned in their results, Romney looked like he was going to be next in office. Obama regained the lead after the Pacific states turned in their ballots, and at that moment Obama’s victory over Romney was inevitable.

Students at the election event seemed to be in favor of Obama. Cheers broke out whenever it was announced that he had won the electoral vote in a state. Obama did in fact carry 69 percent of the national 18-29 year old vote, the age of most university students. When asked about Obama’s victory, Priya Shukla said, “I pretty much expected him to win over Romney.”

After the announcement of his victory, Obama addressed the nation in a patriotic speech. Even if they didn’t vote for him, he thanked every voting American for exercising their right to do so. Then he lovingly acknowledged first lady Michelle Obama and their two daughters, Sasha and Malia, saying that they made him the man he is today. He admitted that running a nation of more than 300 million people with so many different viewpoints is not an easy task. The U.S. is without a doubt the most diverse nation in the world. With that comes a lot of disagreements and contrasting opinions. But somehow we are able to make 50 differing states, each with their own personality and culture, come together as one country. Our ability to come together despite our differences is what makes the United States unique. As Obama said in his speech, “We have the bonds to hold together the most diverse nation on Earth.”