“It comes together with sort of my curiosity about random order, and found art,” said Chandler. “Not so much found material, but found art. Where the art is found in natural materials.” 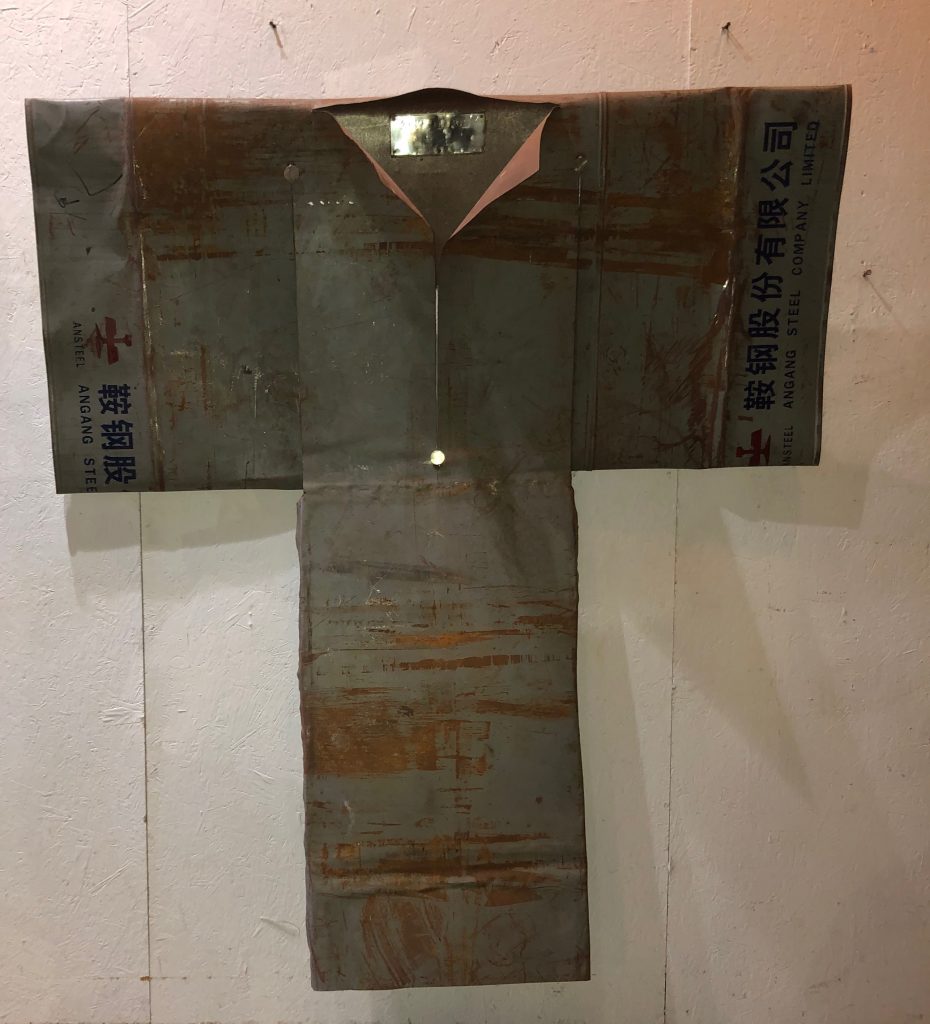 “It’s like pulling color off of a palette,” said Chandler. “The new paint is much less interesting than the old … disturbed and rusted are much more interesting.”

Chandler’s pieces are made of a variety of objects found in his inventory. Some, he has acquired along the way, but much of his inventory comes from local supporters.

“I say, jokingly, that once I use this all up I’ll quit,” said Chandler. “But someone left a package up on my gate this morning, so it might be a while.”

Chandler’s studio is not only where he creates his art and stores his inventory, he also has a gallery there of his own. His art is displayed inside his studio and throughout the property. Some of his work is seen as functional, like the Mother and Child chairs and the gate securing the property.

“There’s the whole concept of where the craft ends and the one starts. How one is partly the other,” said Chandler. “That’s a long drawn out debate … but I think it’s truly sculpture more than furniture.

“I did start with furniture back in the ‘80s,” continued Chandler. “I put a show together, and that actually got me some recognition in Atlanta.”

Now, Chandler’s art is mostly subjective. Much of his work is made of twisted pieces of metal, slightly resembling something familiar, but the final decision on the subject being up to the interpreter.

“It really all came from about the mid – century,” said Chandler. “The whole concept of ‘Lost Art’ or ‘Found Art’. For me, it’s less about the farm tools and wrenches and recognizable stuff. I prefer to use things less recognizable.”

Though many of his pieces leave the audience wondering if it is a sheep or a dog, he does have works that are easily recognizable such as his John Deere deer, or his many kimonos, which he began making in around the year 2000 because of his fascination with Eastern Asia.

“Maybe there was some connection earlier on, some personal connection, I don’t know. But I’ve been into bonsai trees, and their aesthetic,” said Chandler. “So, I’ve been tinkering with different things like that for a long time, like their sense of beauty and nature.”

Much of Chandler’s works that he has displayed does reflect the Eastern Asian style he admires, but each piece is original with Chandler’s artistic process behind it.

“I kind of do everything my own way. None of it’s ever traditional. I like to work direct. It just takes what I got,” said Chandler. “I like to use the materials at hand and not get hung up on what I don’t have. I like to be immediate and adlib. That’s just how I work.”

Chandler’s art has been displayed across the world, but Carrollton is his home.