If I asked you to picture paranormal investigations, you might envision a number of things, such as candelabras floating down halls, disembodied whispers or plates flying across the room. You might even think of your dog barking at thin air or the chills-down-your spine feeling of being watched while home alone. But no matter what you thought of, fear was likely the backdrop of those thoughts.

Whether it is apparitions, poltergeists, demons, the only common factor in different types of reported hauntings is the element of fear. Even people that claim not to believe in ghosts often refuse to enter haunted spaces, “just in case.”

Paranormal investigators deal with this all the time – hauntings strike fear, so they are often called in to bring peace of mind to the people experiencing the hauntings and to confirm suspicion, much like a therapist might help a patient with anxiety. 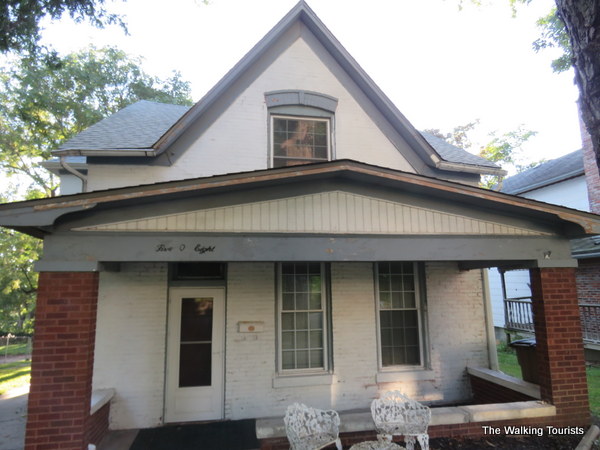 He and his wife, Debbie Fox are head researchers for their company, which is ranked in the top five paranormal research companies in the South.

“We go about it like therapy,” Mr. Fox said. “How can we help the client deal with and calm the hauntings down?”

Michael and his wife both explained what an average investigation looks like for them – first, they get a message call from a client. They then follow up with questions on details and later arrange a meeting to test the claims. Once they have all of their research, they analyze the data and counsel the affected parties.

Their team keeps tabs on clients after they have completed an investigation, in case activity increases again or they need advice.

“We build a relationship with our clients,” Mrs. Fox said. She and her husband went on to say that they try to keep an open mind, because, as Mr. Fox said,. “..people want confirmation that what they are seeing is really happening.”

They don’t make a living off paranormal research – it’s rather difficult to monetize unless there is a TV or movie deal on the table – but nevertheless, they spend most of their weekends working hard to bring peace of mind to the community.

That seems to be the theme of the field, because Jennifer Spear, founder and lead investigator of Atlanta Georgia Ghost Girls stated that she doesn’t normally work for profit.

“It’s kind of unethical to take money from people for [paranormal research],” Spear said. “It’s like if you were to tip your fireman…”

Spear, like Fox, described her work as therapeutic and sensitive. While there is definitely action involved, it’s still a person’s life that they are dealing with, so they try to be as considerate as possible.

Spear does not recommend that “fly-by-night thrillseekers” get into average investigations, as people reaching out to investigators are usually seeking help and don’t want to be the source of someone else’s entertainment, especially if the source of the hauntings are at their place of residence.

Both Spear and Fox’s teams encourage students to pursue paranormal investigations if it’s something they are passionate about. They state that it’s rewarding work that does a lot of good, restoring calm to the community.

Their advice to students wanting to get into the field is to first and foremost, ask questions. They recommend that students reach out to paranormal investigators, like themselves and get a toe in the water by interning and volunteering.

Fox and his wife stressed safety: don’t go in anywhere alone and make sure you have permission to be on the property. Do not trespass.

Fox Family Paranormal Society (FFPS) does live-streams each week of their work or interviews with members of the community. They have been on several radio stations

Spear often attends paranormal conferences and has a list of upcoming conferences. She is a lawyer, and she has even spoken on using demonic possession as a defense for murder. She also has personal anecdotes and lists of the top haunts in Georgia, as well as places not to go.

Investigators like the Fox family and Spear are heading the way toward a less “Hollywood” approach to paranormal research. They want to ensure peace of mind to the people they help and open up the minds of future researchers in their field.