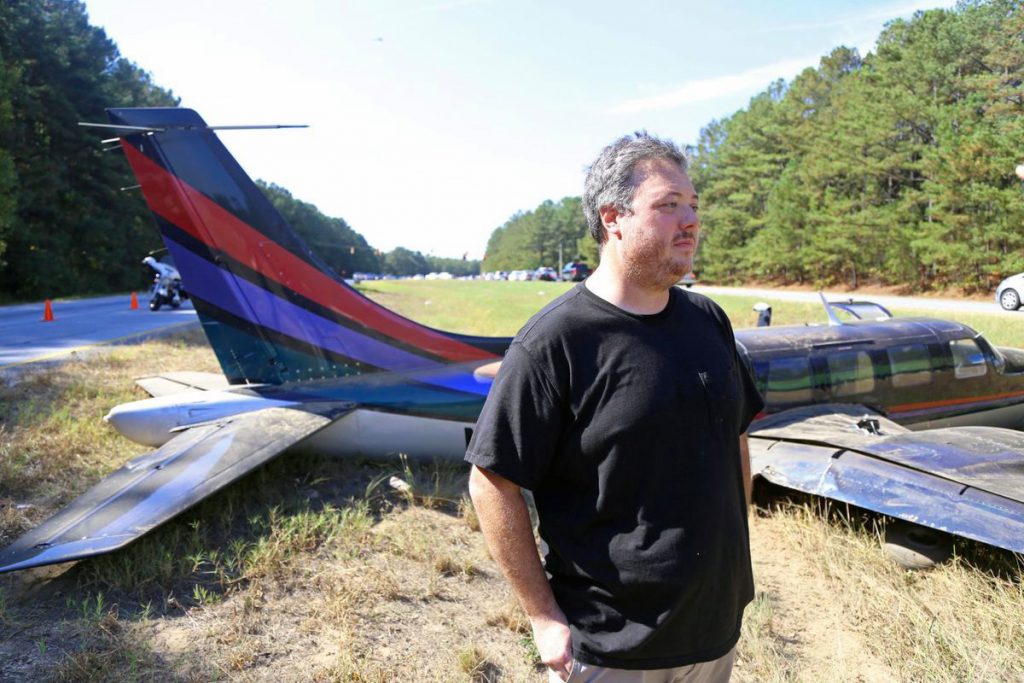 A plane made an emergency landing on Highway 166 near the intersection of Blandenburg Road near the Carroll County Jail.

On Oct. 20, pilot Ian McMahon safely landed his Piper PA-6-601P Aerostar in a grassy median after he noticed the engines began to surge.

“I guess the totalizer was recording inaccurately,” explained McMahon. “I knew when it started surging I needed to put it down somewhere.”

McMahon was coming in at speeds of 130 mph and couldn’t clearly see the traffic below. He called in a mayday to the controllers and reported that he was going down. He said he wanted to land somewhere safe and avoid injuring others.

“I was just trying to stay out of the way,” said McMahon. “The road would’ve saved the plane and caused less damage but I would’ve hit cars”

First responders responded quickly and were on the scene around 10:30 a.m. after reports were called in. Other civilians were helping him from the moment he landed. Representatives from the West Georgia Regional Airport also rushed over to help.

Traffic continued to flow both ways as police directed traffic and urged motorists to stay off their phones and avoid taking pictures.

The Aerostar is a fast plane with speeds topping at 300 mph. The fuel systems are tied together in the center of the plane. When one engine fails it’s not long before the other one does too.

McMahon was flying from Henry County Airport in Hampton, Ga., to the West Georgia Regional Airport to refuel because he planned on taking a trip to California on Friday. The flight from Hampton usually takes fifteen minutes.

McMahon was the only one on board and suffered only lower back pain from the bumpy landing. EMTs cleared him for injuries and left the scene.

The National Transportation Safety Board and the Federal Aviation Administration is investigating the incident.