UWG is home to the Baptist Collegiate Ministry. The Minister of the BCM is Bill Grissett and the President of the student-led ministry is Nicholas Dedman. This ministry has been on campus since the 1960s and was established by the Georgia Baptist Mission Board. Their mission is to make disciples and to be a student-led ministry. That is why they have a worship team, a discipleship program, and an outreach program led by students. They have also had students from over 21 different countries and 18 states come to visit them.

The main focus of the event was to make the BCM feel welcoming to students. There are many facilities and groups scattered about the BCM that make it more accommodating to students as well. 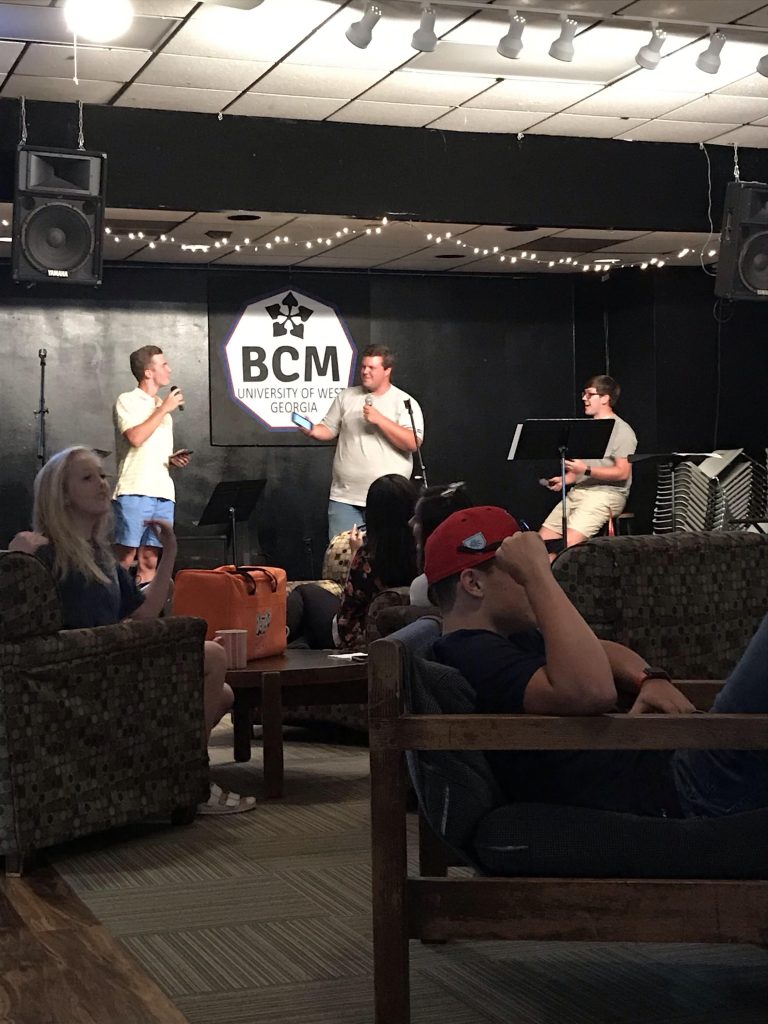 All UWG students can participate in worship and mission trips with the BCM. There are many options for groups to join and places to travel to in the ministry. Kenzie Dinatale went on a mission trip with the BCM where she went to elementary schools and clinics to teach students. Her group taught basic bible songs and good hygiene to children.

“Being around a different culture was awesome,” said Dinatale.

Another student named Liz Nobles visited South Korea for one month and India for a second month during her mission trip.

“I feel like I learned so much,” said Nobles. “Living with different families helped me to see how that culture lived and impacted my beliefs.”

In South Korea, she visited schools and churches. In India, she worked at a Hindi-speaking children’s center. Both countries were open, giving, comforting and friendly to her group of missionaries.

“Our main purpose was to make Christ known and to meet new people,” said Nobles.

The BCM welcomes all who wish to come under their roof and learn about what they can do as students. They have worship services at 7:00 p.m. on Tuesdays and their regular hours are from 9 a.m. to 5 p.m., Monday through Thursday, and then they are open from 9 a.m. to 2 p.m. on Friday.

“If a leader is here, we stay open later,” said Campus Minister Bill Grissett. “Many people don’t know you can just stop in throughout the day, but they can.”