Adults and millennials have grown up seeing the evolution of social media and the impact it has had in the world. It is now the top way to network with other people and it has created one of the most highly demanded jobs in the job market.

Most people today remember a little over a decade ago when MySpace was the hottest website for networking, even if it was not under the most appropriate circumstances. Facebook and LinkedIn changed the social media game in the early 2000s when networking with people across the world became professional and beneficial.

Today there are millions of different social media applications due to our technologically advanced generation and it can only continue to grow larger from here. Social media has been a way for companies to market themselves easily. With a click of a button, millions of viewers can see a company’s advertisement even with a specific target market. 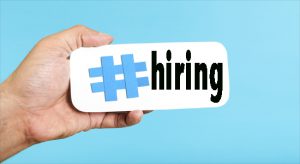 Companies have the accessibility to target their ad to their specific demographic of customers through what individual profiles have searched and clicked on in the past. Business pages are available on multiple platforms of social media. Companies are hiring specific social media analysts to control their pages.

The goal is to receive the most ‘likes’ or followers to grow their business and sell their products by building online connections and millions of jobs have since been created. It has become the fastest way to reach a large amount of customers because of how many people in the world have access to the internet and social media.

According to PayScale.com, the average salary of a professional social media manager is between $34,432 to $56,571. While a career in social media might sound easy, it comes with extremely particular and detail oriented duties. For example, as a social media manager, one’s daily task may consist of scanning news sources, tweeting and retweeting, publishing posts, replying, recording video and snapping pictures, uploading, writing, and revisiting pages.

Social media has also become a platform for individuals to market themselves. Not only has it been a way for celebrities to communicate with their fans, but many people have attracted numerous followers and reached fame through their page content, known as ‘social media stars’ or influencers. Fitness athletes, models, singers/songwriters, dancers, actors, bloggers and other influencers found fame through the internet from posting their thoughts and appearance online. The stars that are found through the internet are now obtaining television jobs and appearance bookings as more ways of making money.

The Business Insider has recently made a claim that a popular 16 year old Vine or YouTube star can make up to $3,000 for sharing a sponsor’s video with their followers. Adweek reports that a video with one million views on YouTube could bring in a couple hundred to a couple thousand dollars for the star uploading a single video from a sponsor. Yahoo Tech also stated that an Instagrammer with big followings and a high level of follower engagement can make one thousand dollars for sharing one sponsor image.

These such people with thousands to millions of followers receive free endorsements and sponsorships from companies looking to network their service. Companies are known to seek social media profiles that will reach even more people and certain interest groups through partnerships with their product or service as both benefit from it. Discount codes and free giveaways are simple strategies companies and internet influencers are doing to get their name out there to make money. Different internet influencers are sent free products or services and become brand representors and ambassadors for that company. All that is asked is to post about it on their own personal page and reach their followers, like internet Hollywood celebrities.

Advertising through the internet instead of the television is found to be overall more beneficial and personal to the audience as it has created already millions of jobs for the world.