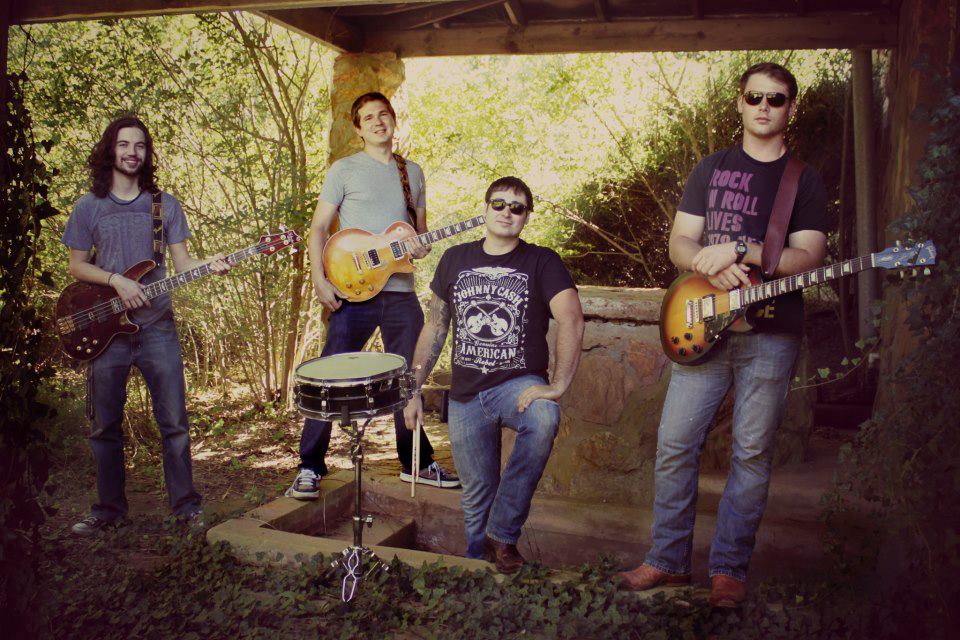 With Labor Day weekend drawing summer to a close, some may feel sad about the mounting list of school deadlines, tests and the other daily stresses of life.

One Carrollton band, Mile Train, headed to Jacksonville, Fla. during the long weekend to end the summer with a blues-inspired rock and roll concert.

Mile Train is manned by Cole Arthur and David Pippin, on guitar, Destyn Perry, on bass guitar and T.C. Ray, on drums. Though Mile Train has only been playing together for about a year and a half, they have already established themselves as somewhat of a local “one-to-watch,” having already booked major events such as Little Big Jam hosted in Tallapoosa, all the way to performing for a crowd of more than 8000 at Piedmont Park in Atlanta, with various clubs in between.

“We play southern rock, delta blues and Allman Brothers covers. We also play traditional Earl Scruggs style bluegrass,” said Ray, in regard to what variety of music they enjoy playing. “Our fans love our songs “Summer Ale,” “Singin’ Out Loud” and “Black Water Blues.” Some of our crowd favorite cover songs are “The Devil Went Down to Georgia” by The Charlie Daniels Band, “Black Betty” by Ram Jam and “Jessica” by the Allman Brothers.”

Mile Train’s combination of blues, rock and roll and bluegrass creates an atmosphere reminiscent of Southern greats, and they also have the stage presence to match. With a debut album entitled “I’d Rather Feel Bad” and a sophomore album entitled “Lifted,” Mile Train is well on their way to creating a successful career, with both albums being available for purchase on iTunes.

When asked about their target audience, “anyone who will pay us,” said Ray.

Mile Train has grown to a large and rather unexpected size in their short run. Their unique combination of rock and jazz have allowed them to reach a large demographic of listeners. From college crowds to diehard blues fans, Mile Train has enjoyed success and hopes to achieve much more. Though Mile Train is about to embark on a tour of Florida, their next local stop will be at Bonze Bar and Grill in Douglasville Sept. 15.

Visit www.miletrainband.com for more information about Mile Train, or to sign up for their email newsletter providing tour dates and photos.