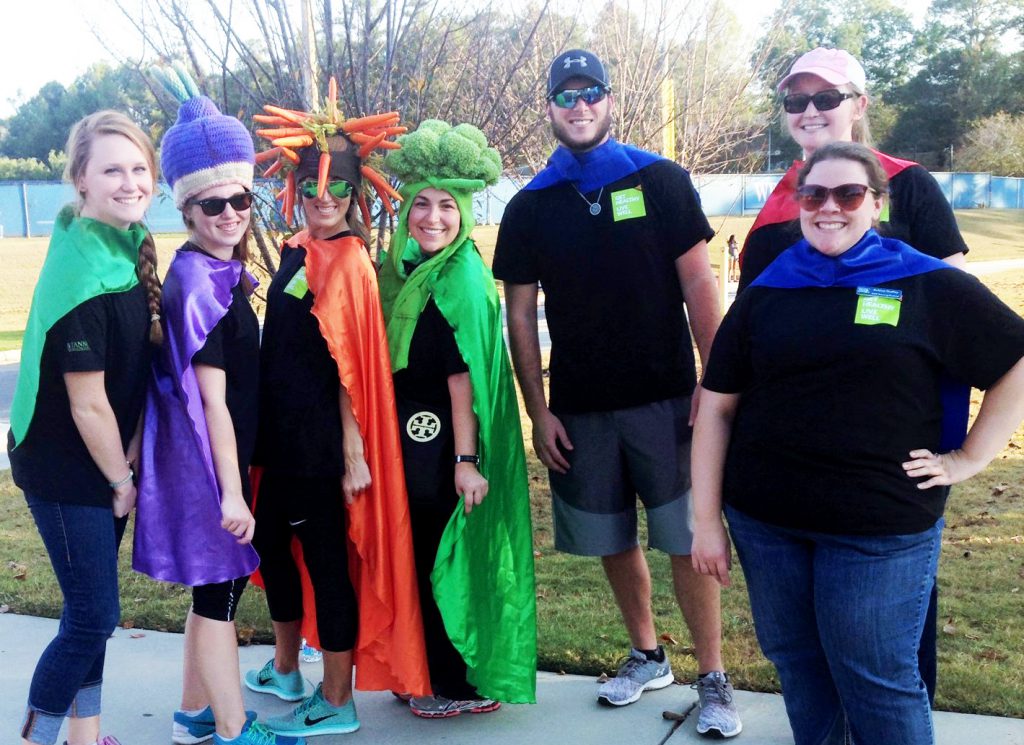 UWG hosted a Superhero 1-Mile Fun Run in collaboration with Homecoming week. With this event coming just in time for Halloween and Homecoming, the university wanted to introduce a fun way to involve both at once.

The run was sponsored by Tanner Medical’s Get Healthy/Live Well (GHLW) campaign.

“GHLW is dedicated to offering programming in the community to increase health literacy across the lifespan,” said Riedesel. “Whether it is participating in one of our evidence-based programs or coming out for a fun event like the one last week, GHLW wants to be branded as the community catalyst for positive culture change here is West Georgia around health.”

Students and Carrollton residents participated in three activities during this event.

The Presidential 5K run came before the Superhero Fun Run. The 5K benefits help sponsor the GreenBelt around Carrollton as well as Tanner.

In groups of up to four teammates, over 250 people competed in the run that began at the Coliseum and took contestants from in front of Greek Village, down the GreenBelt, through campus to Front Campus Drive and circled back to the beginning.

Awards were given to the top place finishers and overall best finishing team.

Simultaneously with the 5K, the Superhero 1-Mile Fun Run took place. Parents ran with their kids in capes and other costumes.

The run for children and their parents began on University Drive and concluded in front of the Coliseum.

The first 150 kids that signed up received capes before the race began.

“Tanner’s Get Healthy/Live Well believes a healthy community involves everyone working together,” said Amy Riedesel, Director of Community Health at Tanner. “Our partnership with UWG is one great example of collaboration in action.”

After both races, the fun night ended with a Glow Parade. The parade featured floats created by the fraternities and sororities on campus. Students were given glow sticks and wore glow in the dark clothes to brighten the night.

The parade concluded in front of Greek Village, where everyone gathered as one and celebrated Homecoming and the day’s successful events.

While Oct. 20 was the inaugural fun run/glow parade, it will not be the last.