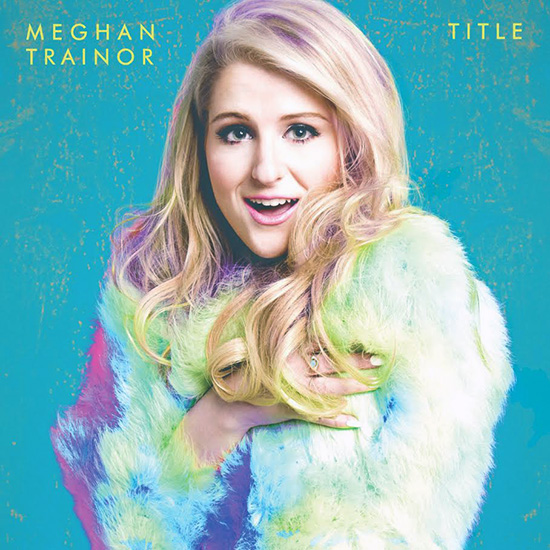 Meghan Trainor, singer of the hit single “All about that Bass,” released her debut album, Title, on Jan. 13. When this pop diva came on the music scene last summer with a catchy beat and a unique hook, everyone wanted more of her.

Trainor seemed to challenge the idea of what a real woman looks like with “All about that Bass,” by singing lyrics like “Yeah, it’s pretty clear, I ain’t no size two/ But I can shake it.” This led to her extreme popularity and kept her on the pop charts.

Because she changed the face of music last year, it was only appropriate to come out with a full-fledged album for her fans or “Megatrons” who could not wait another minute.

When I first heard “All about that Bass” I was not very fond of it. I thought radio had taken a turn for the worst. I would have rather listened to Pandora instead. But when I really listened to the lyrics, I realized her music is art and sends a message to everyone. When it comes to Trainor’s music, she does not ask—she only tells you how it is. That was refreshing for me to see considering the last album I really got into was Beyonce’s self-titled album released in 2013.

On the eve of Title’s release, I decided to venture the web to see what Trainor had in store for me. On Youtube, I found an acoustic performance of Trainor at an aquarium singing her second single “Lips are Movin’” with a huge grin and a little ukulele. I am a huge fan of intimate performances such as these because it shows the true and raw talent of any musician. From then on, I was hooked on Trainor. I even bought a shirt from Rue 21 with the famous hook on it in metallic silver letters.

The next day I bought the album from Target and was excited to see what was in store. I hopped into my little Sudan, put in the CD and listened. The interlude, titled “The Best Part,” set the scene for the album. In other words, I was no longer in Carrollton but back in the 1960’s Doo-Wop era with legends like The Penguins. They were best known for their song “Earth Angel,” which inspired later ballads like Billy Joel’s “The Lion Sleeps Tonight.”

But when I heard “Dear Future Husband,” another veil of mystery seemed to be pulled back so a different part of Trainor’s artistry could be heard. The song promoted Trainor’s ideas of marriage and all the things a husband should entail. In this, I found the irony of it all that a doo-wop song addressed the abandonment of retro anti-feminist female roles.

Once lyrics like “You’ve got that nine to five/ but baby so do I/ So don’t be thinkin’ I’ll be home and baking apple pies” were sung. I discovered that Trainor was ready to shake things up a bit. She was also the producer of Title as well. Clearly, she wants it done her way or not at all. Frankly, I believe that is a refreshing mentality to have in the pop world. More power to you, Trainor. Show them who is boss.