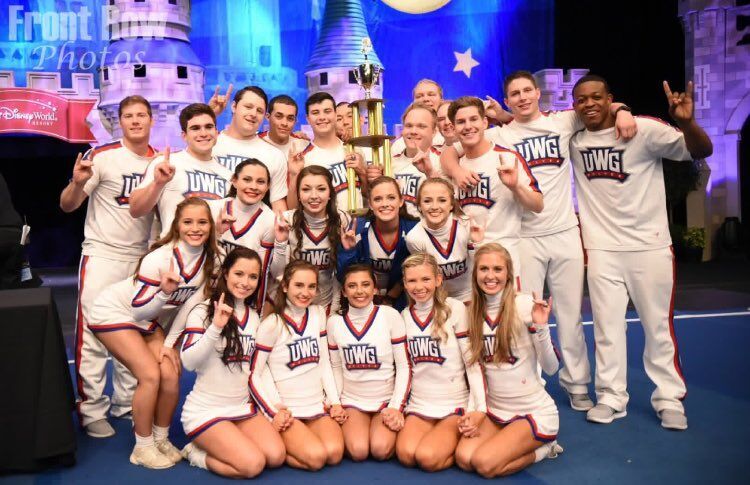 The Wolves had an impressive season bringing not only one, but two national championship titles back this year increasing their number of national champion titles to 21. “It felt like a huge accomplishment,” said Amanda O’Neill, 1st year cheerleader. “To go through all of the hard work and spend so much time practicing, it definitely felt like it all paid off.”  The cheerleading program was successful with continuing the tradition. Both teams worked hard throughout the year to achieve one goal and that goal was to be able to call themselves national champions after the competition. “To see All-Girl fight through everything thrown at them and then hit and win, it made Coed want to do our job that much more and bring home the 21st title,” said O’Neill. “Once we did, everyone was beyond proud and excited to see what we accomplished.”

The Wolves performed a two and-a-half minute routine which consisted of stunting, jumping, and tumbling. The team was taught their routine at the end of November which gave them only two months to practice. “We did a lot of training at practice, and our main focus was consistency,” said Collier.

The coaches and the leaders of the teams played a huge role with making sure the team remained focused during practices and performances. “It’s challenging because I like to play around a lot, but I also have to make sure I’m serious so that others can be as well,” said Collier. Before starting each routine, the cheerleaders make sure to say their last encouraging words to each other. “I look around making eye contact with everyone to make sure everybody looks ready,” said Collier. “Let’s take it step by step, count by count.”

The cheerleading program is very big on trusting the process. The organization makes it their priority to let first years on the team know all about the process, and how important it is to the program. “Trusting the process means adapting to the West Georgia way of doing things no matter what you’re feeling,” said Collier. “If you trust the process, everything will work out.”