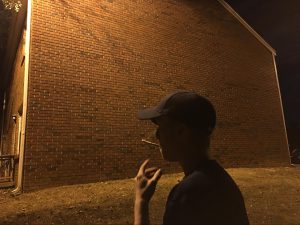 America has seen dramatic changes in the prohibition of marijuana. With the right propaganda and unbiased research, facts have begun to change the minds of Americans. These changes have been spurred on by the Marijuana Policy Project (MPP), the nation’s largest marijuana policy organization.

MPP is at the forefront of marijuana regulation. MPP has been responsible for most of the regulations that have already taken place in the US, most notably regulating the plant in Colorado.

These figures are released just as five states are beginning to vote on legalizing and taxing marijuana for adult use. Early voting in Arizona, Maine and California started the week on Oct. 10. Voting in Massachusetts and Nevada begins early the week of Oct. 17.

Mason Tvert, director of communications for MPP, has been fighting hard for the end to marijuana prohibition.

“Marijuana prohibition laws were founded upon misinformation, so it comes as little surprise that support for them is now eroding so quickly,” said Tvert. “There is more credible information out there than ever before, and it has become increasingly accessible over the past decade. As people learn that marijuana is not as dangerous as they were once led to believe, they tend to be supportive of taking a new approach.”

But how would the end of prohibition affect a community where marijuana is regulated and legal? Would society suffer? Would the economy really benefit from the legalization of a Schedule I substance? Simply look to Colorado.

Public Policy Polling ran a statewide survey among the citizens of Colorado, polling them on their opinion of Amendment 64, which made marijuana legal in the state. The poll shows more than half of Colorado voters believe the law has been good for the state. The poll also asked citizens about the economical impact of the amendment, which 61% of Colorado voters believe the amendment has a positive impact on the economy, whereas only 19% say it has a negative impact.

“Opponents of Amendment 64 told voters the state would fall apart if they approved Amendment 64, but they could not have been more wrong,” said Tvert. “They said it would hurt the economy, but the economy is booming. They said it would hurt tourism, but we have more visitors spending more money than ever. They said the rate of teen use would increase, but state officials confirm it has not. And they said it wouldn’t actually raise any tax revenue, but it has already exceeded expectations and generated tens of millions of dollars for schools and other important programs.”

There is no immediate plan of an amendment for Georgia, but voters can learn more about MPP at www.MarijuanaPolicy.org.

1 thought on “Up in Smoke: Majority of Americans Oppose Marijuana Prohibition”