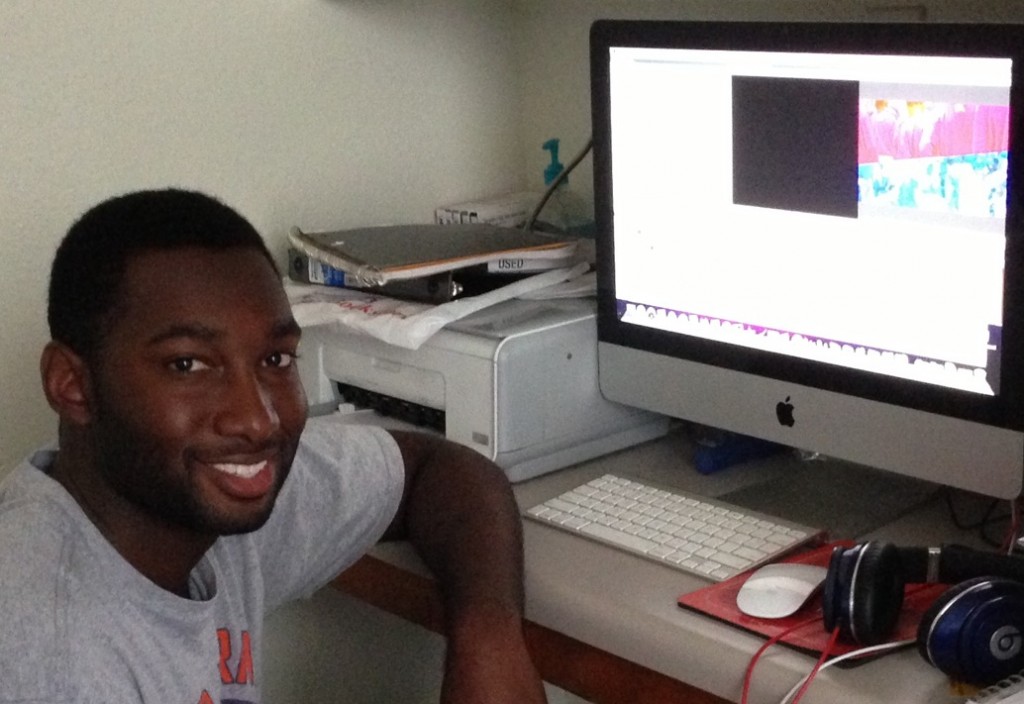 UTV 13, the university’s television station, has ap­pointed a new sports news director for the 2013-2014 academic year.

Josh Walker will be lend­ing a hand in all the cover­age of fall sports this semes­ter. These sports include football, volleyball, soccer, and basketball, he said.

Walker, a mass commu­nication major from Fay­etteville, Ga., will plan and produce a sports segment as part of UTV 13’s weekly newscast. Walker is also developing a concept for a small talk show involving sports-related topics.

“I am knowledgeable in many sports, but basketball is my passion,” said Walker. “I played that for 12 years growing up. I must also say that I have been getting into football as of the last couple of years.”

Walker also plans to assist with UWG’s Sports Information Department’s web show, Wolf Eyes, by strengthening the web show which is already in existence and is now a part of UTV 13.

Walker’s work can be sub­scribed to on YouTube. His YouTube news channel is entitled ‘Joshua Walker’ and it features sports and news segments. Walker served as an intern for Fox 5 news, where he got his most infa­mous interview with Braves’ shortstop, Andrelton Sim­mons in summer of 2012.

“It’s been fun to look at some of my previous vid­eos and watch myself grow and develop my craft,” said Walker.

He also mentioned that he has a separate channel for other projects he has been working on entitle ‘Josh Dub Pro’. There you can find two skate videos shot in Carroll­ton. Tune in to this channel for future releases of other projects such as a basket­ball trick shot video that was shot in his hometown of Fayetteville.

“I have always been very creative and wanted to see how far I could push the envelope and think outside the box,” said Walker. “So with the skate or the trick shot videos, I visualize it in my head and I think, ‘how can I approach this cin­ematically?’ When it is all said and done, the passion comes from seeing my ideas come to life through the stages of pre, during, and post production.”

Walker says he hopes to someday work as a sports anchor for a local television station. He would like to work his way up through the industry and find success in Atlanta on networks such as Fox5 or WSB.

“If I can accomplish that, I would not only have met my goals but also secured a childhood dream to be on television,” said Walker.

Walker can regularly be found catching up on the latest college football and basketball games during the fall season.

“I am truly a sports enthusiast, and I enjoy showing how serious I am through my work.”