Two members of the UWG men’s basketball team were recently awarded a prestigious honor on Jan. 8 for their performances against Oakwood and Mississippi College.

Although the award is a prestigious honor, Smith has his sights set on bigger goals. 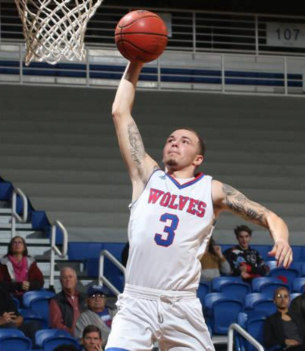 “Honestly getting that award doesn’t mean too much to me,” said Smith. “I’m just trying to win games and help my teammates get better.”

Smith’s team-leading scoring average of 25.6 points per game is reflective of his natural strength. Smith has a keen talent for scoring in a multitude of ways but his deadliest weapon on the court is his jump shot.

However, scoring is not Smith’s only responsibility. Providing leadership for the team is perhaps his most important one. On a team that is littered with young players, good leadership is crucial for the Wolves to have success this season.

“I feel like leading more by example is a better example for the younger guys like [Simmons],” said Smith. 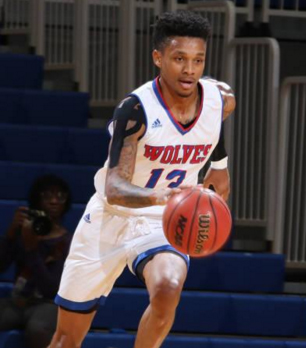 If Simmons’ recent play is any indication, Smith’s lead by example approach has surely paid dividends for the Wolves.

Typically, freshmen experience difficulty when first adjusting to the heightened competition level in college. Fortunately for Simmons, the rise in competition level has not affected his performance on the hardwood at all.

“It wasn’t too big of an adjustment for me because I have been playing against top competition since I was a freshman in high school,” said Simmons.

The season will continue to be a long journey for Smith and Simmons, but their recent successes will have to stay consistent in order to meet their lofty expectations, but these wolves are off to a convincing start.