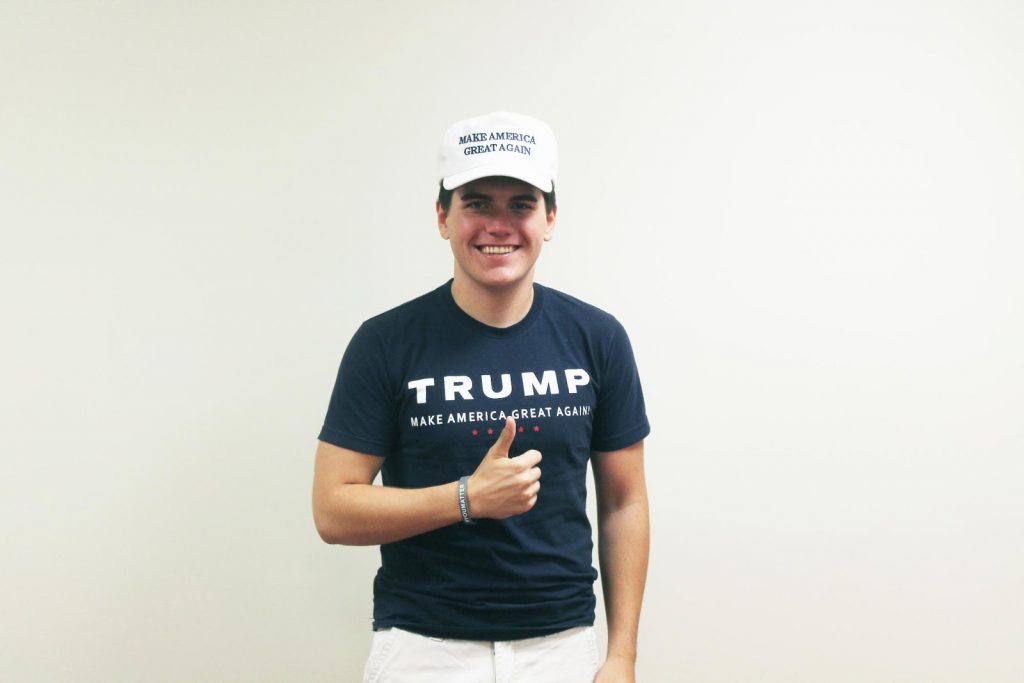 By the time most college students are 19, at best they have gotten through their first semester of college and moved out on their own. Perhaps they have even made the Dean’s List or become a member of a student organization on campus. UWG freshman Avery Anderson’s success is a little different.

He currently serves as a board member and Director of College Affairs for the Georgia chapter of Log Cabin Republicans, an organization representing gay conservatives and supporters of fairness, freedom and equality for all Americans.

Anderson was also one of the youngest delegation members at the Republican National Convention this summer.

He currently serves as the Vice Chairman for the UWG College Republicans.

Anderson also looked into running for the Tax Commissioner seat of his county last year before realizing he had to be over the age of 25.

“My idea behind running for tax commissioner was I’m not going to leave home until good happens and until we can make some change,” said Anderson. “I feel like I made some change. I feel like because I was involved, I was a public figure in my county, I actually got people to think more. I got people to educate themselves further.”

Anderson deems himself a loyalist to the Republican party and hopes to finish out a Congressional or Senatorial term within the next 10-15 years. While he hopes to remain at the state level to better the state of Georgia for citizens, running for president is not out of the question.

Anderson’s involvement in politics is the product of a debacle in his high school debate class. His teacher told him that he would never do anything good for the country and that he should quit while he was ahead.

Originally, Anderson had no desire to be involved in the political process, but every time he tried to avoid politics, it seemed to follow him.

“It almost seems like every time I avoided politics, it just kind of came right back to me,” said Anderson. “Eventually I came to the conclusion that maybe I’m just better off getting involved in something I’m best at, and that’s what I did.”

Originally, Anderson was on board with the Bernie Sanders campaign, like the majority of the millennial generation, but after much research, he turned to Donald Trump. Due to the common misconception that gays strictly vote Democrat, Anderson often gets questioned and receives disapproval from others.

“People will always question me,” said Anderson. “Just because I’m gay doesn’t strictly limit me to who I vote for.”

Within the past year, primarily within the last few months due to this year’s upcoming election, our country has experienced and discussed in detail some of our most controversial issues such as abortion, illegal immigration, police brutality, racism and gay marriage. The issues that seem to get the most attention on campus are racism, Black Lives Matter and the acceptance of the LGBTQ community.

“On campus I see that there are a lot situations between groups on campus where there’s not good diplomacy,” said Anderson. “There’s no good communication. It’s all negativity and people are building a wall, as I like to put it, whereas I like to build a wall that has a bridge where we can still have our boundaries of individuality and being different, but at the same time we can identify with each other and we can agree to disagree and be able to understand each other.”

The misconception of Trump is that he is racist, sexist and only supportive of himself and the top one percent of the country. Due to media manipulation, the average voter’s opinion is swayed because of what they see and hear on the internet and TV, and not actual research.

“Young people are so impressionable and it’s not because of our youth, it’s because of our inexperience,” said Anderson. “A lot of people don’t necessarily do what I do. I will go and be the most aggressive person and get involved in everything I can possibly involve myself in, take every opportunity I can, and I constantly try to educate myself. The average college student will generally not know anything about Trump or Hillary, or even Gary Johnson, or Jill Stein or anyone who’s running.”

With the stigma surrounding Trump and the Republican party in general, it is important to stress to others, particularly millennials, the importance of formulating their own opinions, and not forming their opinions based on the media.

It is imperative that voters become educated about each party, not only for the present, but for the future. After all, our nation is being passed over into the hands of the millennials faster than you would think.