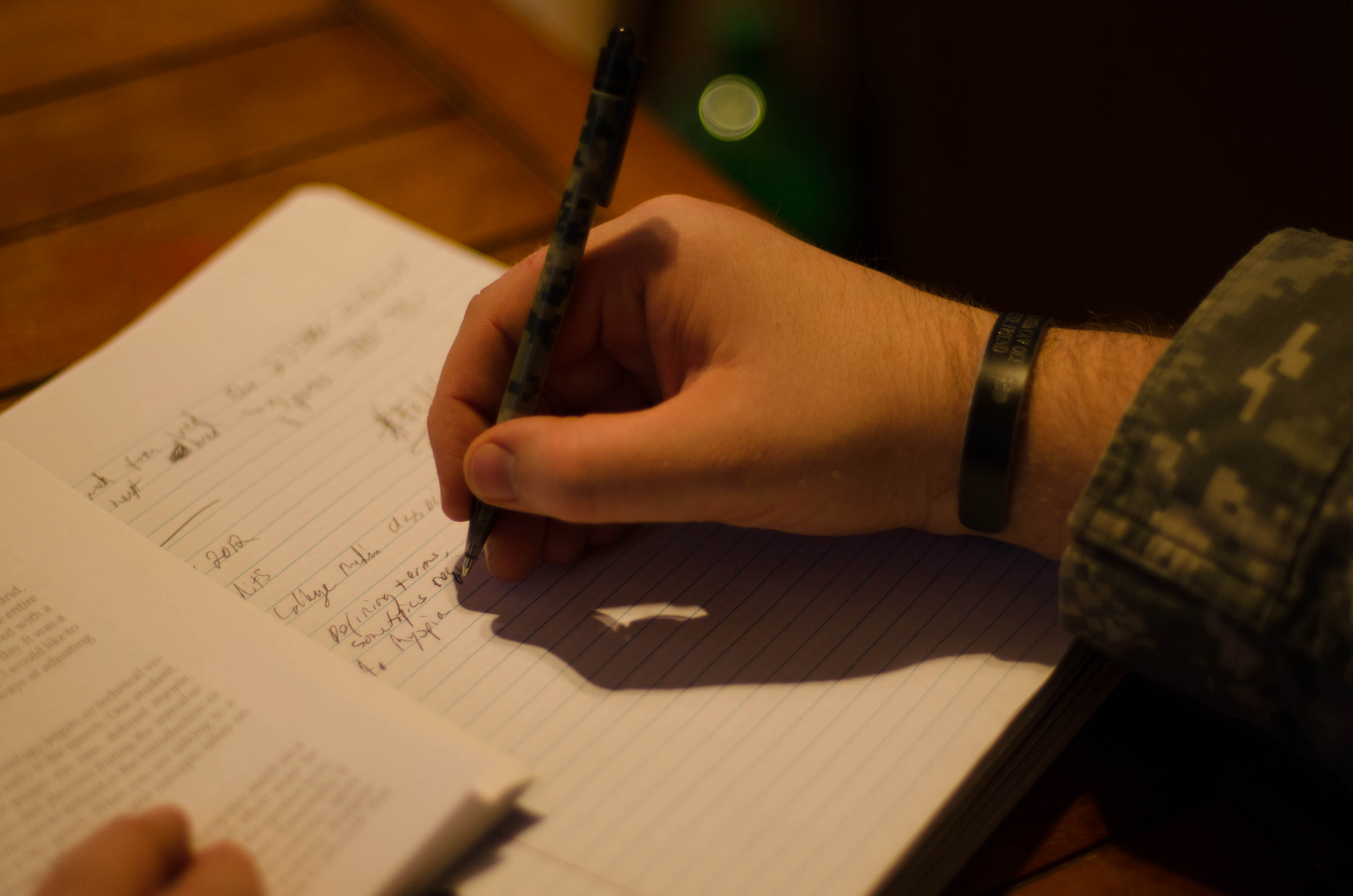 “Sarge” doesn’t think he will be able to pass his classes, finish college, and take care of his family. He walks with a bit of a limp—a lingering reminder of his years of jumping out of airplanes for a living. The 31-year-old soldier’s hair is still cut in a close military “high-and-tight.” He’s been decorated for combat actions in Iraq and Afghanistan.  After leading men into battle, he now struggles with something that may seem pretty simple, college life.

Sarge didn’t want me using his real name in this article.  He says he was afraid talking about his experience at UWG would cause more problems.

No one seemed to be able to help him when he first applied at UWG.  He had to sit out a semester after his bills weren’t paid on time by the Veteran’s Administration.  He also suffers from post-traumatic stress disorder (PTSD), but is unwilling to share that with his professors.

“They’ll think I’m a crazy vet. Everyone will be scared of me.”

He sometimes misses classes and has trouble focusing during class due to the disorder. Balancing that with school and his family life is overwhelming for him.  Unlike most traditional college students, he is a husband and father of three.

“America says they support us, but we’re forgotten pretty quick.”

Sarge has been looking for help with this new part of his life, but feels that the system is failing him. He says that obtaining a college degree, while proving difficult, is necessary.

“Being in the infantry doesn’t give you a lot of marketable skills when you take off the uniform.”

There is an organization on campus with the mission to help students like this. The UWG chapter of the Student Veterans of America (SVA) is working to form a community for veterans on campus.

New student officers this semester are working to expand the SVA’s visibility and impact on campus.

Chapter president Mikayla Rachel Larsen says she joined the SVA to connect with other veterans and enlisted personnel on campus.  She joined the group at its inception last year.

“I went looking for this type of group when I was a freshman, and I didn’t see anything,” says Larsen.  When the former president resigned, she stepped in—again heeding the call of duty.

Larsen is a senior at UWG, and also a soldier in the Army Reserves.

Vice President Jay Bradley, another senior, understands the struggles that vets face when trying to continue their education. He is a combat veteran who is about to graduate this May from the school’s business management program. Bradley found that talking to other veterans helped him navigate the bureaucratic hassles that veterans must go through in order to take advantage of the opportunities set up for them.  That’s a goal of the SVA, to network with other veterans. “Building that community is sort of the overall mission” says Bradley.

Larsen and Bradley hope to build that community.  Bradley is planning on taking a van-load of students to the Atlanta Veteran Job Fair on Feb. 28.  The SVA is also connecting student veterans with faculty who are veterans—who can then reach out to other veterans.

The chapter is not only for former military. “Anyone who wants to support veterans is welcome” says Larsen. “Come see what we’re about.”

There are opportunities for volunteering at the new veteran’s clinic in Carrollton. Connecting with the SVA and other vets is a great way for people to get to know the military, especially young people who are interested in serving in the armed forces.

Sarge says that he intends on joining up with the group, mostly for the camaraderie, but also so he can give advice to new veterans who may be going through the same things he is. “We have to stick together.”