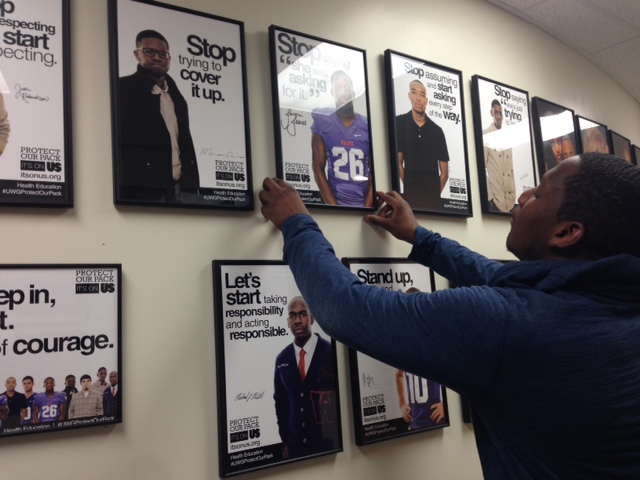 The University of West Georgia launched the Protect Our Pack campaign on Feb. 9 in support of the White House Task Force’s campaign, It’s On Us. It’s On Us was created to increase awareness about the coalition to end sexual assault on college campuses across the nation. The Protect Our Pack Campaign is a collaborative effort with UWG Health services, Peer Education, Wolf Wellness along with the responsible sexuality committee and the University Communications and Marketing.

The two-phase Protect Our Pack campaign began last Monday, Feb. 9., with a public service announcement YouTube video entitled “Men of Courage.” The campaign is encouraging all UWG students to take the pledge to speak out against the sexual assault on UWG’s campus.

The students that take the pledge are agreeing to comply with the vision of the It’s On Us campaign, which states, “This pledge is a personal commitment to help keep women and men safe from sexual assault. It is a promise not to be a bystander to the problem, but to a part of the solution.”

Several posters were launched in addition the PSA on Feb. 9 to promote the campaign. The PSA and posters contain positive messages for the courage that is being delivered by a nominated group of UWG men from various student organizations. The posters have been spotted throughout the UWG campus and even on campus buses. The PSA can be viewed here:

“I took the pledge mainly because I believe in college you are supposed to grow, and as a man part of your growth is to have respect for yourself,” said Solomon Seaborn, Vice President of Student Government Association and Protect Our Pack pledgee, “I feel like you can’t have respect for yourself if you don’t know how to respect a woman that you might marry. If you cannot respect a random woman then how can you expect to respect your wife or your mother?”

The second phase of the campaign will involve a group of nominated “Empowered Women” of UWG and will deliver similar positive messages for the campaign. The second phase is currently in the process of being completed, so UWG can expect to see it sometime in March.

As a part of the Protect Our Pack Campaign, UWG will be holding the second annual Take Back the Night event March 9 at 7:30 p.m. at the East Commons Amp to march with posters along the walkways that are luminary-lit and then follow to the Green Belt trail that will lead to Love Valley for the Rally in the Valley at 8 p.m. to Take Back the Night from sexual violence.