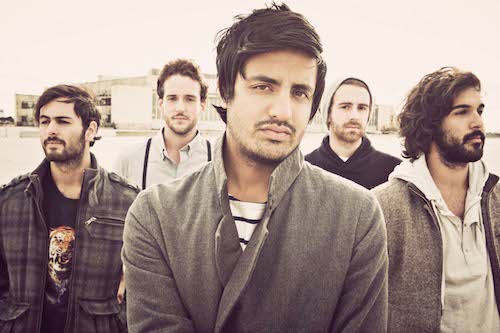 Any self-respecting, flannel-wearing hipster knows of the band Young the Giant. Odds are even poor mainstreamed souls have heard their number one hit “My Body” played in commercials during 2013. Their other well-known single “Cough Syrup” is aired at least twice a day on Atlanta’s new alternative station, Radio 105.7. However, after this new album, which was released Jan. 21, the band might be doomed to obscurity even below the hipster’s notice.

Their self-titled first album was a hit mainly for its fun, energetic feel. It was unassuming, sloppy and free. The lyrics were nothing deep or profound, but the soul with which the melodramatic words were sung gave them a life of their own. With heart-rending melodies and foot-stomping tempos, the whole album was an anthem for the nonconformists of this generation, and the nonconformists pumped their fists in appreciation.

After the sensation they made with their initial debut, the band had a lot of potential to live up to as the new kids on the indie rock scene. Young the Giant however, took the road most traveled by, infusing their 13 track Mind Over Matter with sappy, love lorn lyrics, as well as tambourines and clap tracks enough to quench any hipster heart. All good things must come to an end it seems, and Young the Giant might just have taken themselves too seriously this time.

The album’s title track meanders along on synthesizers and vocal “ooo”s, with a smattering of lifeless lyrics such as “Mind over matter / Does it matter to any of us / Don’t change the subject / I’m heavy on your love.”

The band’s lead singer Sameer Gadhia, while gifted with a voice that would bring any fedora-clad hippy to tears, tends to miss the mark in key places. This song is clearly supposed to have a tinged with regret happy-go-lucky feel, but instead of pulling heartstrings Gadhia’s falsetto causes the listener to strain to make out the words and wonder with mild concern about his health. The whole album is merely more of the same, with one minor exception.

“Crystalized” was surprising. Heavier on the drums and guitars (and the customary keyboard effects), it almost does not seem to belong to the rest of the album. With very rock-star anthem vibes, Gadhia shout-sings professions of undying love with lines like “When the beat of my drum / Meets the beat of your heart / You know I couldn’t love any other, any other.” This upbeat and bouncy song is most reminiscent of the Young the Giant everyone came to love last year.

Unfortunately for Young the Giant, they have brought nothing new or noteworthy to the table with this new album. They seem to have fallen into the rut indie bands before them have, relying on tried and true chord progressions and wheezy vocals to fill in where only experimentation and true musical genius can thrive. If you are looking for nothing more than generic indie background music to impress your friends with at your next beer-brewing party, this album is for you.