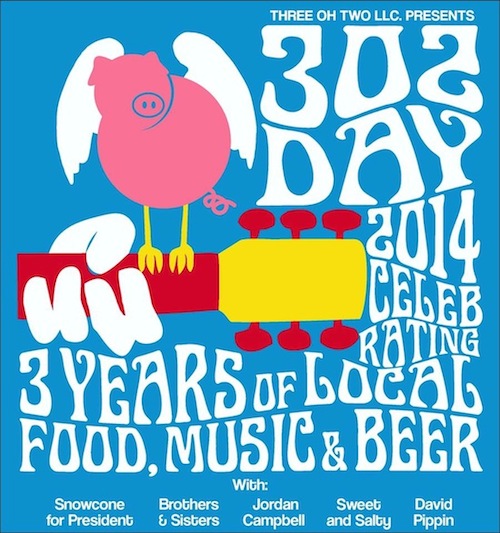 The local Carrollton restaurant 302 South Street is celebrating its third birthday this year on March 2. The two owners, Jacob Skelton and Sean Teehan, opened 302 South Street on March 2, 2011 and have seen their business grow drastically with the use of great food, music and beer.

“I have always wanted 302 to impact the community,” says Skelton. “I didn’t want us to become the college hangout spot. I wanted us to be a part of Carrollton as a whole.”

302’s environment, although laid back, has always been directed towards the town of Carrollton as a whole and not just to the University of West Georgia. Although, 302 has become a regular spot for college students to catch a beer in between classes or before a night out, it has also become a favorite for Carrollton families.

302 won the Times-Georgian Best Places to Eat and Best Places to Grab a Beer in Carrollton for two consecutive years, 2011 and 2012. With keeping new beers, both local specialty beers, like Sweetwater and Jekyll Island Brewing Co. started by a West Georgia Alumni, to domestic beers like Bud Light, there is always something to different to drink at 302.

“I am always looking for new ideas to push 302 in the positive direction,” says Skelton. “Whether it be new bands playing up here or new beer on draft, this restaurant must continue to grow and change with the needs of our customers.”

The menu at 302 was created to match the feel of the environment. With menu items with names such as ‘The Dirty Bird: the dirtiest bird since Jamal Anderson’ and the ‘Walker Texas Burger’ named after Chuck Norris. The menu sticks to classic such as a ‘Castro Cuban’ or just a simple ‘All American’ hamburger. 302 prides themselves on keeping their ingredients fresh by hand-pattying their burgers every morning, curing their own ham and slicing their own roast beef to ensure the customer is getting the best experience.

“We’ve seen this restaurant grow drastically from day one, but there is still so much work to be done,” says Skelton. “I can say I am proud of what Sean and I have accomplished since we started in 2011 but we are looking forward to what 302 will become in the upcoming years.”

With 2014 marking the three-year anniversary of 302, Skelton and Teehan are hoping to make this year the most successful one yet.

302 Day, which is usually celebrated on March 2, will be celebrated on March 8 and will include five local artists and bands playing outside on a large stage out front so that customers will be able to enjoy the event from either inside or on the porch of the restaurant. They will be serving beer and food starting at noon and the music kicks off at 3:02 p.m.