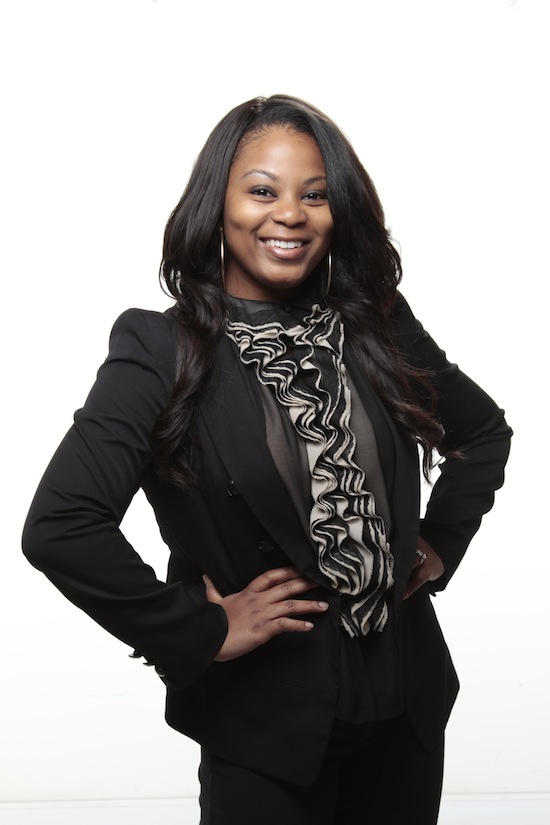 She may have only reached for the stars, but the sky was never the limit. After reporting for commercial and public audiences on big market radio stations and working as a junior writer for a major television network—one Decatur, Ga. native has created a versatile and multimedia career for herself.

Taylor Bryant is the Communications Specialist for the University of West Georgia’s (UWG) University Communications and Marketing (UCM) Department. At UCM, Taylor is responsible for the promotion of internal and external communications to the university, including all department, faculty, staff, student achievements and award recognitions. She also conducts interviews and writes features for the university’s bi-annual alumni publication, Perspectives.

“I love working here, but I think it’s good to be versatile in your work experience,” shares Bryant, who has only served UWG for a year.

She began her undergraduate career at Alabama State University (ASU), a Historically Black College and University located in Montgomery, Ala. where she began as a student in the College of Business.

“I changed my major four times in undergrad,” said Bryant. “I went from accounting, to finance and then business management. The summer before my junior year, I was on academic scholarship and I didn’t want to stay an extra year.”

Despite having to face a challenge, Taylor remained in the program and graduated from ASU with a Bachelor of Science in Business Teacher Education.

“I really had to re-evaluate my whole career process because I had a degree in business [education], but I knew that I did not want to teach high school, so I thought about what I wanted to do,” says Bryant.

“I had three options, that I would either try to make a career out of dancing, radio or acting,” she adds. Luckily for Bryant, she decided to choose radio.

After graduating from ASU, Bryant packed her bags and headed to New York City. She had been accepted to Columbia University to further her education to obtain a Masters degree in Higher and Postsecondary Education. However, she still had the dreams of having a career in radio.

“I knew I was going to grad school at Columbia, so I knew that I was going to New York, and I just thought that it would be a great opportunity to try to experience and learn as much as I could about the radio business.”

Bryant continued to push even harder to reach her dreams. She began applying for internships each semester that she was attending graduate school.

“I would do anywhere from two to three radio internships.”

While at graduate school, she recalls her first internship being one of the most informational and inspirational to her overall radio career. For the year that she spent in New York, she worked as a junior writer and producer for BET Radio Network.

“That position was the best because they basically taught me everything that I would need to know to work in radio for a career.”

During her time at BET Radio Network, she was able to meet celebrities such as actor Morris Chestnut and R&B singer, Tyrese —just to name a few.

“Anybody that you can think of in that field and in that [entertainment] world, I have probably met, talked to, interviewed or had some type of interaction with.”

After graduating with her Masters degree, Bryant packed up and moved back home to Decatur, Ga. for six months before accepting a job at her alma mater’s campus radio station, WVAS as a news reporter. Within months, Bryant was promoted to Senior News Correspondent.

“To be honest, from that point on, after a year and two months I was ready to take it a step up.”

After spending a year at WVAS, she took on a new position as News and Public Service Director with Clear Channel Radio in Montgomery, Ala.

“That was really, really a great experience. I was 24, and I was the news director at the top three news stations. So all of my friends who stayed in Montgomery would hear me on the radio, which was really cool.”

Through her time at Clear Channel Radio, Bryant came to reality with her teaching and mentoring qualities. She started a prom drive for local teenage girls in the Montgomery area, and hosted a teen talk show called, HOT SHOTS (Students’ Honest Opinions on True Subjects). The Alabama Broadcasters Association recognized the talk show as the Best Media Market Talk Show in 2011.

“I thought it would be great to work with teens, and have professionals come in who would give them professional advice.”

“We would talk about anything from communicating with your parents to STDs. Just educating teens and motivating them and giving them something positive to do,” says Bryant.

Bryant’s experiences and journeys throughout the radio industry have shaped her career; she feels that her experiences will someday inspire younger generations who have a passion for the radio industry. She mentions that she would someday love to become a professor, and has an interest in teaching general communications.

“We talk about changing the times, and so I know that I could offer that. But I think it is important for you to understand where you are going and where the market is going.”