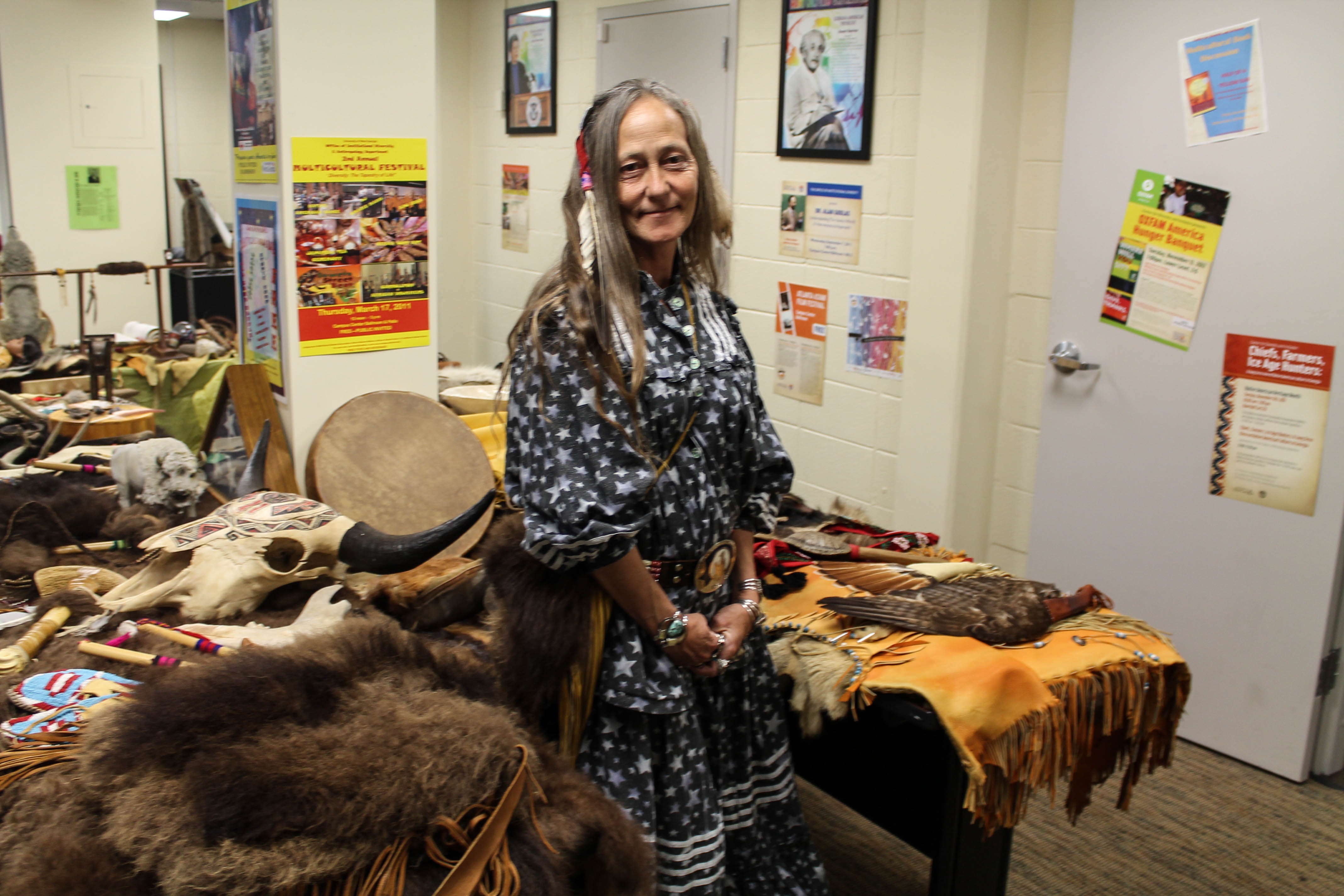 The Center for Diversity and Inclusion partnered with the Anthropology Department to hold a program celebrating November as Native American Heritage Month on Nov. 6.

About 20 people crammed into the conference room from noon to 12:30 p.m. to hear Steere speak about Native American heritage, history and cultural diversity.  Because Steere’s presentation was on behalf of the Center for Diversity and Inclusion, Steere said “I thought it would be appropriate to think about Native American cultural diversity in the past.  I want to give people an appreciation for how complex, interesting and diverse native societies in Georgia were over a 13,000 year period.”

As an archaeologist, Steere has experience recording and preserving Native American societies.  Steere is currently working with the Eastern Band of Cherokee Indians in North Carolina on “projects that are geared toward archaeological preservation and research but are also aimed at cultural preservation and revitalization.”  Steere’s presentation explained how archaeologists can help people better understand cultural diversity and history of Native American groups.  “By working collaboratively with native groups and designing research and preservation projects that are relevant and sensitive to native cultural beliefs, we can help preserve cultural heritage that goes back thousands of years,” said Steere.

Steere said that students in Georgia generally may have a better understanding about our state’s Native American societies, but that there are still many misconceptions about these cultures.  “There is still an old notion of what some anthropologists call the concept of the ‘Vanishing Indian’—that Indians are gone and that after events like the Trail of Tears, Native American cultures vanished or were erased,” Steere said.  He explained that this is not the case.  “Native Americans societies are alive and well in the U.S. and Georgia, in particular, has an especially rich native heritage,” said Steere.  He hopes that the program held by the Center for Diversity and Inclusion will help combat the idea of the “Vanishing Indian” and help students develop an appreciation for the long term history and the cultural diversity of Native American societies.