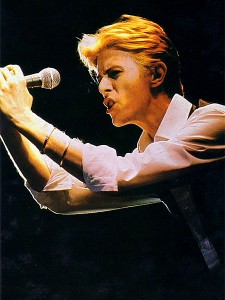 David Bowie, a singer, songwriter and Rock and Roll Hall of Famer, died on Sunday, Jan. 10, two days after his 69th birthday.

Bowie’s latest and final album, Blackstar, was released on his birthday, Jan. 8. Since his death, the album has become the singer’s first No. 1 album in the United States.

While Blackstar is his first No. 1 album, several of his other albums have come close. Best of Bowie ranked No. 4 the week of his death, and eight other Bowie albums made the Billboard Top 200 Chart the same week.

Best known for his extreme makeup and diverse music, Bowie’s death has touched the hearts of many fans.

“Things like this never bothered me much, but David Bowie’s passing is hitting me like a brick,” one fan posted on the late singer’s Facebook page. “So unexpected and such a great loss.” 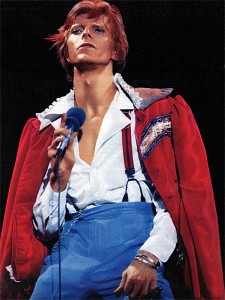 Not only are fans posting loving messages on Facebook, but some magazines, such as Rock & Folk, have published tributes to Bowie.

“When we heard the news on the saddest Monday morning of all, Rock & Folk decided to keep busy and work hard on the special issue we had in mind for years,” the magazine posted on Bowie’s Facebook and Twitter accounts. “We never thought it would be an ‘in memoriam’ issue.”

The magazine is set to release a 100-page Bowie special in their February issue. The special will include a compilation of interviews that Bowie gave to Rock & Folk over four decades, new articles and an exclusive shot from the Pin Ups photo shoot.

The proclamation was read on Jan. 19, at the curtain call of the final performance of the play Lazarus, the New York Theater Workshop production imagined and co-created by Bowie.