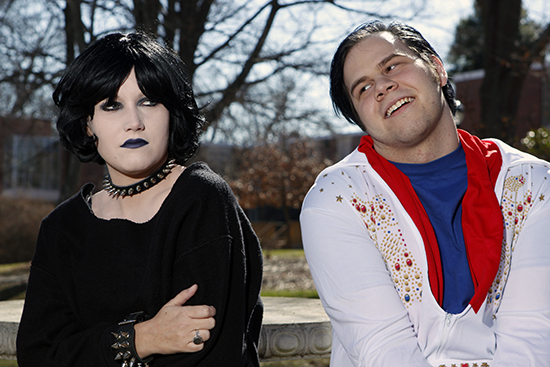 The Head of the Theatre Department will soon be directing at The Townsend Performing Arts Center on April 16 through April 20 for the University of West Georgia’s Theatre Company’s final play of the season titled End Days.

“Normally, I do the contemporary slot. This means that I’ll direct a play that has been written with the last five to six years,” said Dr. Pauline Gagnon. Gagnon’s duties as Chair include teaching, organizing academics along with directing and producing plays each season.

Each year, Gagnon directs a play or musical in April because of her teaching schedule. Once the play has been chosen for that specific time of the season audition are held at the beginning of each semester. In January all group auditions for all the spring shows were down in the Townsend Center.

This was open to theatre majors and non-theatre majors alike. The students filled out a form and from there did a minute long monologue. If they received a callback for End Days they would return to Townsend and read directly from the script.

After callbacks Gagnon decided who would be in the cast of End Days. “One role was already cast for a senior project so I could base chemistry off of him and the other actors,” said Gagnon.

Gagnon said that she expects her cast members who are graduating in April to gain a lot from this experience in End Days and use their acting skills once they leave to pursue a career in theatre performance.

“I was looking for actors who could display that family connection,” continued Gagnon. “But you can have a connection without looking like that person. Just because they’re playing family members doesn’t mean they have to look exactly like each other physically,” said Gagnon.

End Days is a dark contemporary comedy about a group of relatives going through a crisis that keeps them apart from each other.

“It’s about a family coming out of a trauma and how they are displaced by this trauma and disengaged, and then they are reconnected after being disengaged after a long period of time,” continued Gagnon. “One of the characters thinks it is the end of the world from this trauma,” said Gagnon.

Gagnon had a specific process she went thorough once she became the director of End Days. First, she reads the play several times each day.

“I started working on the play 6 months ago. I go through a 4 or 5 week period where I read it every night. There is a lot that you can glean from the play when you read it over and over again,” said Gagnon.

Gagnon met with the set designers for End Days in order to register the idea of family drama accurately on stage. The script is what the cast and crew have gone by in order to keep everything under control. It allows everyone to have a thorough understanding of what needs to be conveyed on stage and off. Gagnon said she is looking forward to starting rehearsals for End Days at the beginning of March.

For more information on the UWG Theatre Company and End Days please go to http://www.westga.edu/~theatre/index.html