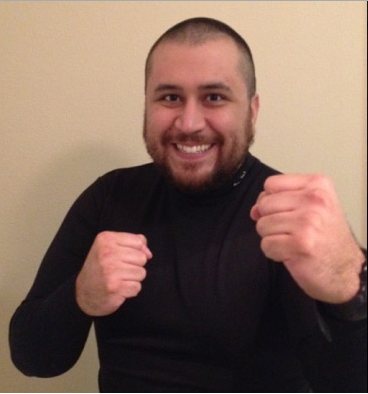 Would you name a person acquitted of second-degree murder a celebrity? When thinking of celebrities, I would never name George Zimmerman, who was acquitted of second-degree murder last year in the death of Trayvon Martin. According to ABC News, Zimmerman will take the ring in a celebrity boxing match in March. The event was proposed by promoter Damon Feldman, who is now looking for opponents to face Zimmerman in the ring. So what is wrong with this picture? Everything, except the fact that proceeds would go to charity.

Rappers, Game and DMX, have already expressed being more than interested in fighting in the match. Both rappers would both put Zimmerman at a physical disadvantage during the match. This brings me to my next question, has anyone stopped to think about exactly how Zimmerman plans to defend himself? Yes, he has a history in boxing, but the last fight we have known Zimmerman to be involved in ended in the death of a 17-year old. Let’s not forget that Martin was unarmed and weighed less. Let’s remember that Zimmerman had to pull out a weapon in order to defend himself against the teenager during the fight.

I am sure a lot of people are thinking that this is a chance to legally get revenge on George Zimmerman by applying to enter the fight. While that is true, it’s also entertaining the fact that he could very well be considered a celebrity. Merriam-Webster defines celebrity as “the state of being famous or celebrated.” So what is it that Zimmerman is famous and being celebrated for? Allegedly killing Trayvon Martin in self-defense and getting away with it. Bravo, America.

Grant it, the entire State of Florida v. George Zimmerman trial was shown on news stations for millions to see, but that in no way, shape, or form means he should be rewarded with the title of a celebrity status. Although he might as well be, since he has managed to get himself out of at least four or five encounters with law enforcement since the trial ended in July. Fox News reports that two of the incidents involved domestic disputes. Let’s remember that it took six weeks for Zimmerman to even be arrested regarding Martin’s death. Is this not just another way to feed Zimmerman’s known invincible ego while keeping him relevant in tabloids?

The idea of a celebrity match involving George Zimmerman should not even be entertained. Forget the fact that he was acquitted. Let’s focus on the outcome of the event that led to the trial in the first place — the death of Trayvon Martin.

Whether it was self-defense or not, a 17-year old boy lost his life and that is not something to celebrate. Think about Martin’s friends and family. Put yourself in their shoes. One could only imagine how it feels to know the man who killed a close relative is now being praised enough to be called a celebrity.

Let’s not make a mockery of Martin family by allowing this to continue. If Zimmerman really wants to raise money for charity, I suggest he finds another way. There are plenty of more options out there to explore that do not involve him being the center of attention.