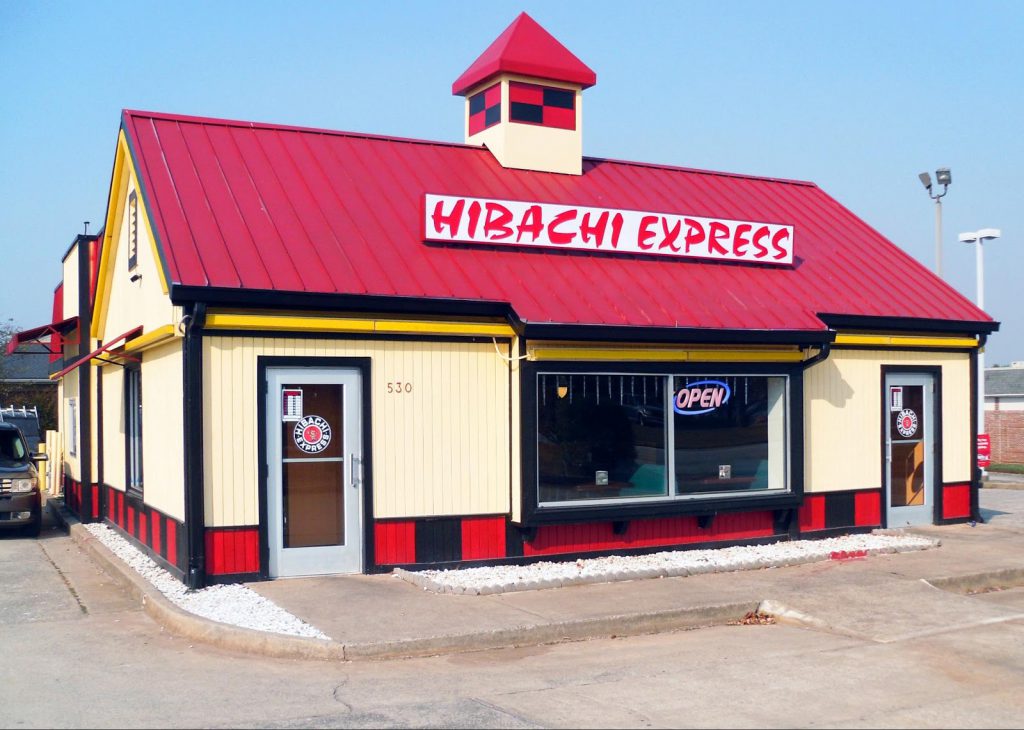 New restaurants emerge in the city of Carrollton often. However, there are not many restaurants that serve hot, fresh Hibachi in a matter of minutes.

Hibachi Express opened in early October on Bankhead Highway. Without any advertising, this restaurant has had great business and been very busy. During the weekends, the lines extend past the door and the drive-thru wraps around the restaurant.

What makes this restaurant popular is a small change in traditional hibachi. Instead of cooking the food right in front of customers, fresh meat and vegetables are cooked in the kitchen.

However, Hibachi Express’s kitchen includes the same large skillet that appears in the fancy restaurants. It only takes minutes for the meal because there is no extra talents while cooking either.

“The restaurant that cooks in front of you charges you more, but since we cook it in the back, it’s cheaper,” said manager Caitlyn Yang.

Of course, Carrollton is a small town which means that when a new restaurant comes about it doesn’t go unnoticed.

“I just saw it driving by, and I thought I should try it,” said a customer who identified himself as Jerry.

Jerry gives this restaurant an 8 out of 10. When he comes here on his lunch, he chooses either hibachi chicken or the General Tso’s chicken.

“I actually saw this restaurant across the street with the coming soon sign so I had to give it a shot,” said a customer named Mike. “This is more casual and the smell is appealing.”

Mike also eats at Hibachi Express during the lunch hour and thinks that Chinese takeout is boring. There are not many Japanese restaurants in Carrollton. Similar to Jerry, he enjoys the General Tso’s chicken. Mike enjoys the sweet and sour chicken even though he thinks it is a little heavy on the sauce.

“Everybody loves everything, but we get more orders of the teriyaki chicken entrée,” hiring manager Cedaveya Ikhera said. “This restaurant is quick which means you do not have to sit and wait for your food. It is pretty good quality food with a good price.”