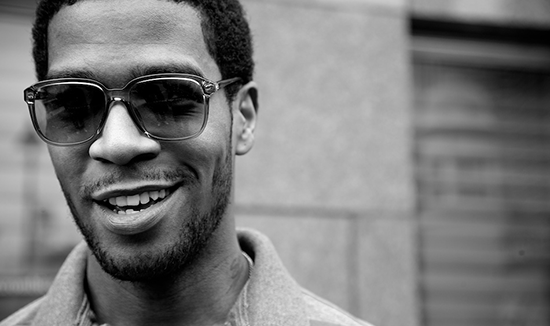 Scott Mescudi has done it again. The rapper has always been one to stand out amongst his peers in the music industry with his troubled, sometimes happy lyrics and eerie production. With the surprise release of Satellite Flight: The Journey To Mother Moon, Kid Cudi captivates fans once again.

Satellite Flight: The Journey To Mother Moon started out as an EP release that would play as the prelude to his previously announced Man On The Moon III album. Instead, Cudi surprised fans by announcing a February release of the EP-turned-album. He also noted that fans would only be given a 24-hour notice before its actual release.

“DEAR FELLOW GALAXY TRAVELERS!!” tweeted Kid Cudi with an attached flyer. “Tickets to Copernicus Landing will be available for purchase via iTunes in the next two hours. We will be boarding at 12AM Eastern/9PM Pacific Time, and launching shortly after, so pack up and stay tuned to this feed for the link!”

Cudi had just given fans a 2-hour warning. Upon its release, I immediately downloaded it.

Here’s some quick advice if you plan on listening to the album: prepare to go to another world. Also, if you are an original Cudi fan who prefers to hear sounds like his Man on the Moon series, this may not be the album for you. The artist abandons rapping on a few tracks and results to instrumentals and crooning instead.

Stand out tracks on the album are “Satellite Flight,” “Balmain Jeans,” “Too Bad I Have To Destroy You,” “Internal Bleeding” and “In My Dreams 2015.”

The album opens with “Destination: Mother Moon,” which is one of four instrumental tracks on the album. Much like the title, it takes listeners on a journey. It also prepares us for the next track “Going To The Ceremony,” where Cudi sings about his lonely endeavors and attempts to provide encouragement for those struggling with the day-to-day issues that life may bring.

“Too Bad I Have To Destroy You” features plenty of Cudi’s signature hum. If you’re familiar with the rapper, you know his signature hum is just as much of an instrument as anything else. The rapper uses the track to rant about his haters. The track probably the most consecutively rapped bars on the album before drifting into more crooning and switches to a different instrumental.

The song is followed up by “Internal Bleeding,” which Cudi uses to cry out about his heartaches. The delivery used on the track goes beyond the Hip-Hop genre and shows just how in tune Cudi is with Rock & Roll.

My favorite instrumental track on the album is “In My Dreams 2015.” The track samples his previously released “In My Dreams” track from his 2009 release, Man On The Moon – The End of Day. The sample adds a nice touch to the track and shows that Cudi hasn’t forgotten about his older releases.

Satellite Flight: The Journey To Mother Moon is an acceptable genre mash up that further showcased Kid Cudi’s creative ability to say the least. From the album’s amazing instrumentals to Cudi’s beat-appropriate flows, the album is an intergalactic trip worth taking.