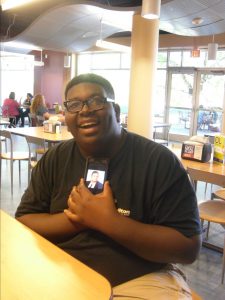 The iPhone 7 was released September 7, 2016. Many college students were looking forward to the new phone, however, the majority of West Georgia Wolves have not used their hard earned cash to purchase or upgrade. However, many college students have agreed to download iPhone’s iOS10 update. The iOS10 update includes a new way to unlock the iPhone, additional tabs on the web browser, Safari, and new features on the Music App. Similar to the majority of society, college students value their cell phones. In a fast paced environment and on the go lifestyle, cellphones are used as alarm clocks, calculators, digital photo albums to instantly reminisce on past times, and most importantly, a communication device.  Many students updated their iPhone out of curiosity while others were anticipating for change.

Living in an atmosphere full of peer pressure and temptation, many students were tempted by their peers to download the new update. “I was very skeptical about updating my phone, I was actually content with previous update. The constant reminder for me to update my phone made me download it and my friends kept telling me to update my iPhone,” Caitlin White stated.

One student saw her significant other with the update. “I did not want to download the new update. My ex-boyfriend had the update at the time and I felt like I had to try it,” White’s friend, Montana Mattox added.

However, student Lucas Bass explains why college students download these updates. “It is like a social trend to always get the next big thing and even thought we don’t think it, we will always get it no matter what.”

The most important features on a college student’s iPhone are notifications, messaging and music. Surprisingly, each of features have changed after downloading the iOS10 update. Apple has created a new way to unlock the iPhone. The “slide to unlock” feature has been replaced with a simple press of the home button. “I cannot swipe to unlock my iPhone. Now, I have to push the home button to unlock it, which causes more of a hassle,” Caitlin White complained. She also mentions that Apple’s emojis do not represent people with different hair types. White would like to see an emoji that represent all different types of hair color.

With previous iOS updates, users were able interchange race and select hairstyles, yet users are still unable to change emoji hair color to red or brown. Many students dislike how notifications are sent to the iPhone now.  “At first I did not like the update. The text notification now pops up which means I do not have the option to slide the text in the upper screen and text later”, Bailee Liston stated.

The music app also changed. Apple has changed their signature music app by adding different categories and changing the color scheme. “I love the new features on the Music App, but the appearance is very bland. For an example, the playlist’s color scheme is more black and white,” Bass stated.

In contrast, Mattox dislikes the new music app. “The iPhone Music App reminds me of the Android Music App. The features are all over the place. It is not simple anymore.”

With all the changes made to iOS and mixed opinions about the iPhone 7, will students stay connected with Apple or chose to switch to a different device with an operating system? 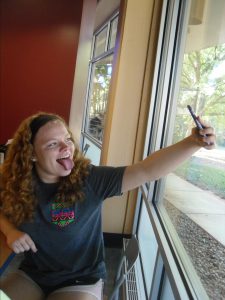