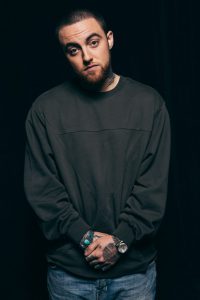 American rapper Mac Miller will be performing at the Tabernacle in Atlanta, Ga., on Oct. 17 to support his fourth studio album The Divine Feminine. Opening acts Lakim and ClockworkDJ, aka the Official Tour DJ of Mac Miller, are expected to get the crowd pumped up with crazy DJ spins and energetic vibes. It is expected to be a full house, which is approximately 2,500 people.. Doors open at 6:30 p.m.  The show will start at 7:30 p.m. Tickets and meet and greets for the show are available through Mac Miller’s official website and Live Nation.

Atlanta will be the sixth stop, since kicking off The Divine Feminine Tour in his hometown of Pittsburgh, Pa. on Sept. 18. The tour will be a 43 show trek across North America and extend into mid-December, hitting major cities, including Los Angeles, Queens and Toronto. Two shows have also been scheduled in South Africa (Cape Town and Johannesburg) for the Superbalist Festival. The tour will end on Dec. 18 in Baltimore, Md.

Concert goers are expecting to hear a few old gems like “Knock Knock,” “Nikes on My Feet” and “Frick Park Market,” but mostly songs from his recent album, including supporting singles “Dang!” featuring Anderson .Paak and “We” featuring CeeLo Green. Hopefully, Miller will bring out special guests because, let’s face it, artists are full of surprises and Atlanta would be the best city to do it in seeing that it is hip-hop’s center of gravity, and the home to many rap artists like T.I, Andre 3000 and featured artist on Miller’s Album, CeeLo Green.

Released on Sept. 16, The Divine Feminine is unlike anything that Miller has done before. It is a revelation to his music and career by using the concept of love, the universe and how they work together. During an interview with Beats 1’s Zane Lowe, Miller explained that the album is a concept about the world’s energy being a female energy and how that mirrors the soul of a woman.

Featuring guest appearances from Anderson .Paak, Kendrick Lamar, current girlfriend Ariana Grande and others, Miller gives up his frat-boy charisma for a moody, neo-soul meditation with little notes of house music here and there. The Divine Feminine is the most relaxed record in comparison to his other works GO:ODAM and Watching Movies with the Sound Off.

This tour follows up last year’s GO:ODAM Tour, which included 57 shows and was joined by Tory Lanez, Domo Genesis, Michael Christmas, EarthGang and Alexander Spit. This concert will be one full of good vibes and great music. If you haven’t seen Mac Miller in concert before, this is definitely the one to go to.