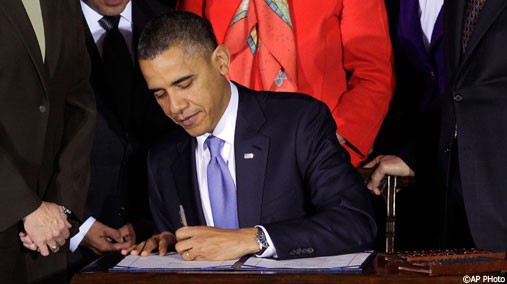 With the election only days away, voters have a short time left to decide who to cast their ballot for.  This has many of us asking which matters should be considered when voting and how prevalent they are in our country. The issues of gay rights and same-sex marriage are playing big factors in this election, and both major candidates have differing views on them. Gay marriage is legal in six states and D.C., while domestic partnerships are legal in ten other states, but Americans have been recently questioning whether or not same-sex marriage should be legalized throughout the entire nation.

President Obama supports same-sex marriage and equality. Under his term he successfully pushed Congress to repeal the Don’t Ask Don’t Tell policy, allowing gays to serve openly in the military. Governor Romney opposes same-sex marriage, but supports same-sex legal unions or registered domestic partnerships. Romney supports the Don’t Ask Don’t Tell policy; however he contradicts this by claiming he supports gays serving openly in the military. While serving as governor, Romney was in favor of the Employment Non-Discrimination Act of 1994 which prohibits organizations from firing employees on the basis of sexual orientation or gender identity.

Student organizations across campus are taking various views on the topic. Ekeoma Nwakanma, head of the UWG Young Democrats, supports same-sex marriage and claims that everyone has the right to be happy with whoever they want to be with. “If two men or two women want to get married, who am I to stop them from their pursuit of happiness?” said Ekeoma. Without a doubt, UWG’s gay-straight alliance, Lambda, is very pro-equality. However, Lambda president Jordan Gunnell said, “It wouldn’t be fair for me to say our view is one way or the other because we have so many different individuals with many different views.”