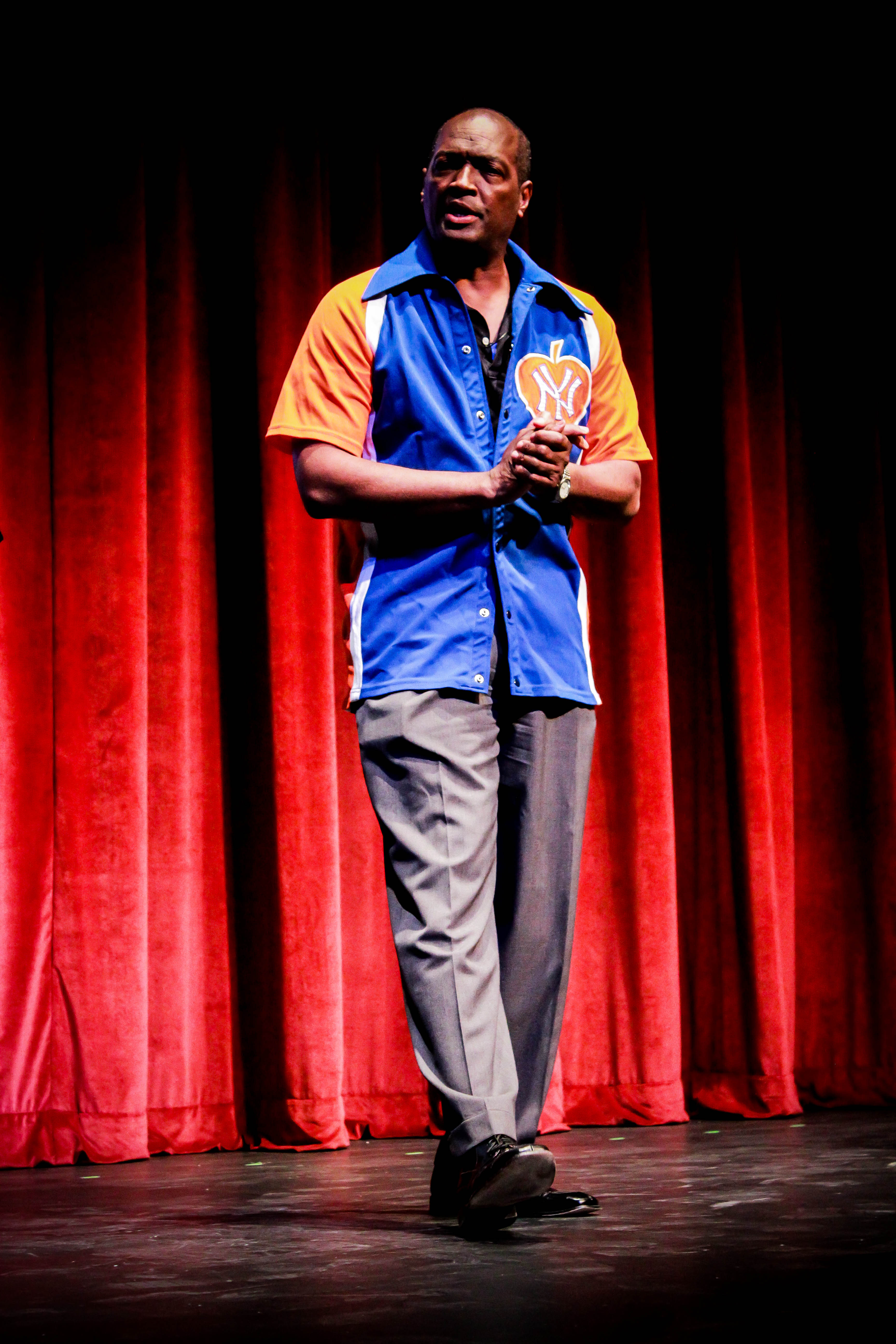 Former NBA star Mike “Stinger” Glenn spoke Thursday night at the Townsend Center about how UWG students could make their next shot go in.  Glenn is the all-time free throw percentage leader for the New York Knicks and also holds the field goal percentage record for the Atlanta Hawks.

He is another speaker in the BB&T Lectures in Free Enterprise series hosted by Richards College of Business.  Glenn is not only an athlete, but he is also an author, broadcaster, former stockbroker and a collector of historical books.

Instead of heralding his accomplishments on the basketball court, Glenn focused his lecture on another different type of success that he has had.  He is the founder of the Mike Glenn Basketball Camp for the Deaf and the Hard of Hearing which began in 1980.  Since the camp originated, it has been free for all attendees.

His first book, “Lessons In Success from the NBA’s Top Player,” shares the many different way to achieve success that he has learned in his career as a professional basketball player.  He is also the author of books on sports history and African American history.

Glenn shared his lessons with UWG students, but his advice was fitting for people of all ages and backgrounds.  “You’ve got to find the challenge if you want to get better,” said Glenn.

Glenn was raised by parents who encouraged him to learn from every experience in life.  As a child, his mother would require him to read a book on a regular basis and always asked him the same question when he had finished, “What lesson did you learn?”

Helping others overcome adversity has been his focus for over thirty years.  The basketball camp for the hearing impaired that he founded in 1980 has grown to be one of the largest in the country for special needs children.

In his lecture, Glenn provided the Townsend Center audience with ten points of success that he had learned from NBA players throughout his career.  His lecture encouraged students to use what talents they have instead of waiting to gain the tools needed for success in the future.  “Bring joy into what you’re doing, rather than getting joy out of what you’re doing,” said Glenn.

“Accept the challenge to grow through adversity no matter how great the challenge,” said Glenn.  His lifetime of working with the hearing impaired and being a professional athlete has helped him gain a sense of how to use challenges to gain success instead of letting those challenges hold him back.

“The mystery of life is incomprehensible anyway, so you just have to live it.  It’s an adventure,” said Glenn.