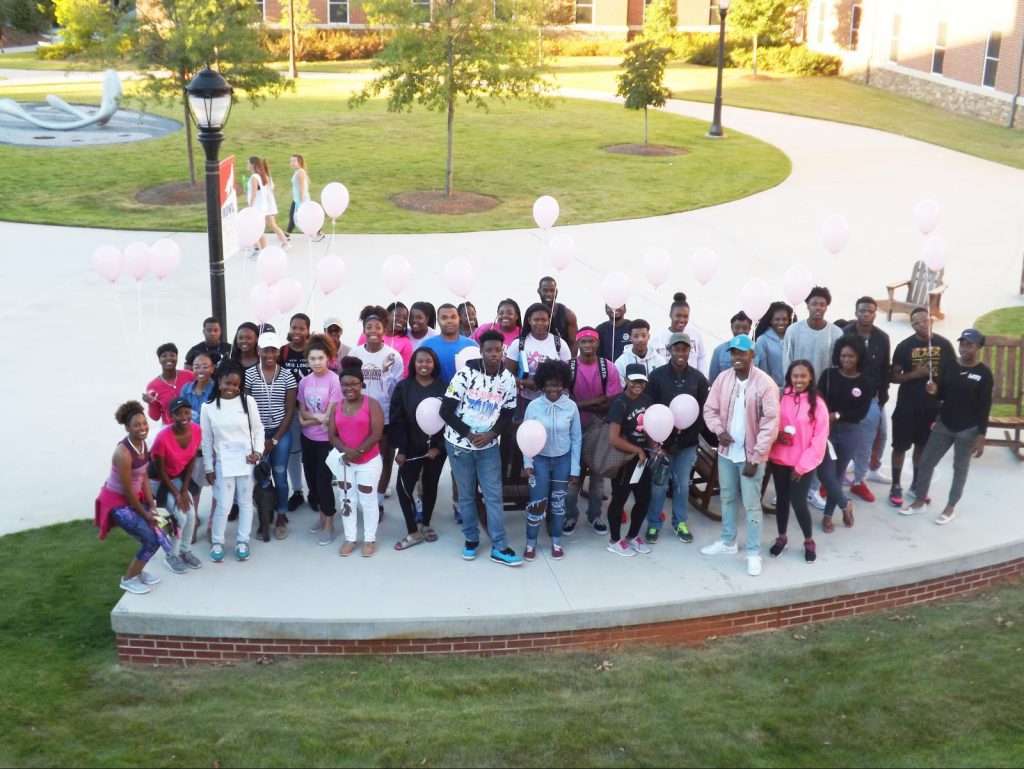 The members of the University of West Georgia’s National Association for the Advancement of Colored People (NAACP) chapter hosted their first Breast Cancer Walk on Oct. 11. The walk started at the Oaks Amphitheatre and ended in Love Valley, where pink balloons were released on behalf of those who have lost their lives to breast cancer.

Kayla Mitchell, president of the NAACP chapter, said the purpose of this event was to educate students on breast cancer symptoms, their various stages and preventative measures. During different stops in the walk, NAACP members and students informed participants about breast cancer.

According to breastcancer.org, some of the symptoms are bloody discharge from the nipple, lumps in the breast and changes in the shape or texture of the breast or nipple.

At stage zero, there is no sign of cancer or any cancerous cells in the breast tissue. However, the other stages are very different.

At stage one, cancer cells are breaking through or invading normal breast tissue. Stage one is divided into two subcategories. These categories were described to walk participants.

In category one of stage one, the tumor measures up to two centimeters and the cancer has not spread outside the breast. No lymph nodes are involved just yet. Category two of stage one is when there are no tumors in the breast, but there are small cancer cells in the lymph nodes.

Stage three and four are the final and worst stages. At stage three, the cancer can begin to spread beyond the breast, and the tumors can be any size at this stage. In stage four, the most severe stage, the cancer can spread from the lymph nodes to other organs in the body such as the lungs, liver or even the brain.  Lastly, breastcancer.org shows preventative measures. They include limiting alcohol consumption to less than one drink a day and controlling your weight. Being obese or overweight heightens your chances for breast cancer.

This will not be the only event that the NAACP has for breast cancer. They plan on having a fundraiser, and half of the proceeds will go toward breast cancer research.