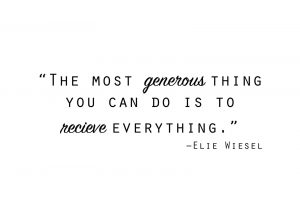 Brainard Carey, an influential American artist, conducted a webinar offering advice to artists on how to get patrons and sponsors. Carey presented this particular webinar on October 19 at 8 p.m. and over 400 people attended.

To better understand this topic, patrons are the people who support artists by offering their financial support.

“Patrons and sponsors are about cultural production,” said Carey. “I’m talking about money to your studio. This is about raising money, this is about checks in your studio.”

An artist alone can only do so much with what they have. In order to create art, money is usually a huge requirement and sometimes artists cannot create due to a lack of funding. Patrons and sponsors are the people who can give artists the financial support they need.

“There are three types of sponsors and patrons: one is for personal projects, the other is corporate patrons and the other is what’s called sponsors in a bag,” said Carey. “Sponsors in a bag is about working with local businesses. Corporate patrons is obviously corporations like Bose and Apple computers, and patrons for personal projects can be like the patrons that are developed on Kickstarter.”

However, unlike Kickstarter, sponsors and patrons for personal projects do not expect compensation of artwork or objects for contributing large amounts of money to an artist. The agreement is not for an object. Though Kickstarter is a great resource for artists, it can be a hassle to have to send out a large amount of rewards to donors.

“This is a more expanded version of how sponsors are developed on a more intimate basis,” said Carey. “It’s existed for hundreds of years. They still exist in the largest numbers ever.”

The impact of personal project sponsors and patrons is significant compared to Kickstarter. If artists take the time to really invest in their supporters, the results are substantial. Plus, this has been a successful process for longer than Kickstarter has been around.

“Michelangelo was writing to Ludovico Sforza,” said Carey. “He gave him a pitch for why he should support his studio, not because Ludovico Sforza is going to make any money off of his studio or because he’s giving him anything. He needs money and he’s an artist that has a whole studio to pay for. He needs a little more money to keep going and potentially get more commissions. This has been happening for ages.”

Carey has had plenty of time to learn this practice and has been seeking out patrons and sponsors for the last 15 years. He had a child during one of his most desperate times searching for patrons.

“I wanted to keep doing what I wanted to do while I had a child and not feel like I had to get a job that I hated, so since then I’ve received well over 100,000 in support from patrons and sponsors. It’s still my main income. I like the system; I like the paradigm, which is people pay you for work before it’s done. It’s a different kind of support and it’s very personal and very supportive.”

He also worked for Yale Radio at Yale University conducting interviews with artists. He founded the interview program at Yale Radio called The Art World Demystified and also founded an online school for artists later on called Praxis Center for Aesthetic Studies. In addition he has written five books. Carey also still interviews professionals from the art world every week and this yields a wealth of knowledge about the art world.

“Yale University Radio is kind of special,” said Carey. “I started a talk show there. It’s a student run radio and I still have it. I’ve interviewed hundreds of people, now well over 600 today. I interviewed about four or five every week: museum directors, curators, artists from all over the world. I ask them what they’re doing and how they’re doing it. I’m always drawing from information and inspiration from these interviews.”

After he talked about personal project sponsors and patrons, Carey discussed what he likes to call sponsors in a bag. In exhibits, artists can provide their visitors with bags that have sponsor’s business cards or other self-promoting things. Sponsors and patrons can pay to advertise in these bags.

“What you’re telling them is that they can be in a special sponsor bag that 100 people are getting as they come in and leave your exhibit,” said Carey. “These are people who are culturally oriented, so their income is higher and have more money to spend than most.”

This is a win-win for sponsors, the artist putting on the exhibit and viewers attending the exhibit.

“It’s more powerful than a Facebook ad or print ad, because these people are getting a card in their hand,” said Carey.

The final type of patron and sponsor Carey talked about was the personal patrons. These are the people who will support artists personally. Personal patrons are the ones to write letters to.

Personal patrons simply want to see artists make art and learn as much as they can about artists. With personal patrons, it is best to be sincere and listen to them. Artists can benefit from them by simply giving them their time and that the relationship lasts.

“It’s enormously important that this conversation continues,” said Carey. “Meet a patron at a gallery or museum and walk through with them, have coffee with them, lunch with them. They like to know artists. Artists are exotic creatures to them.”

Corporate sponsors are the final type of sponsors Carey talked about. This type of sponsor requires the most persistence. Artists need to ask many questions and communicate immensely with corporate sponsors if they want to get anything from them. Some corporations can be easier to get sponsorship from than others, but it all boils down to how much an artist is willing to reach out and try.

“I reached out to Apple by calling repeatedly,” said Carey. “I wanted them to loan me 40 iPods to show video on a wall. So first I wrote to Apple and didn’t hear back, then I called 1-800-MY-APPLE for sales. They gave me a number eventually and that number had a recording on it.”

Essentially that was a dead end for Carey, so he sought out an Apple store and decided to start fresh from there. An employee gave him information on someone in business.

“I wrote to that guy, and asked if he knew anybody I could send this to,” said Carey. “He said, ‘well I’ve never heard of anyone doing that but it doesn’t hurt to ask; send me something.’ Who he was sending it to was somebody in Buzz Marketing. Buzz Marketing department is the department that some corporations have; Apple has one. It’s the department where if you see Apple computers and all kinds of things in film, it got there and those films or TV shows were loaned that or given that and it came through this department. So, I got an email back two days later. It was sort of cryptic and seemed like it was missing words.”

Carey communicated back and forth with the Buzz Marketing department, but because of his persistence, he got the 40 iPods for his project. Not only did he receive the iPods, but he also got to keep them. Apple did not want them back nor did they want to be listed as a sponsor in his exhibit.

Through all this, artists can flourish from asking for financial support and allowing themselves to be open to any gifts to keep them doing what they do, and that’s to make art.

Carey is an example for artists trying to make it in modern society. He offered a wealth of information to listeners of the webinar and also offers a class online through his school, Praxis Center for Aesthetic Studies.