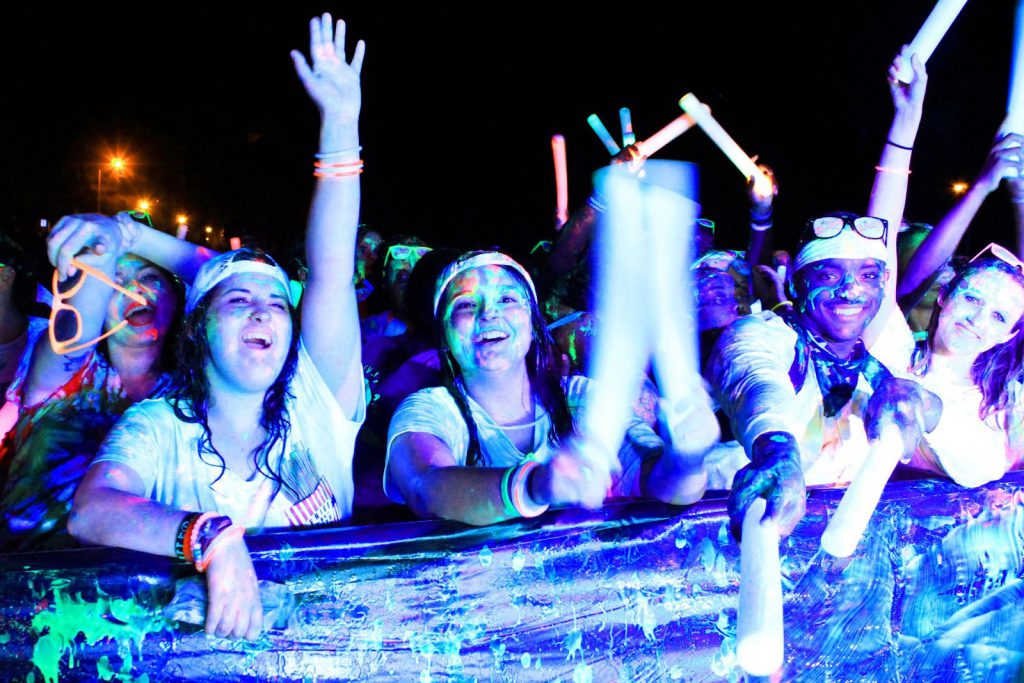 The largest glow paint party in UWG history made a huge splash at this year’s homecoming.

On a Monday, October 17th, UWG’s very own homecoming crew, the Student Activities Council (SAC) and the international company GlowRage hosted the illuminated rager. The party was thrown on a section of the field next to the Hanger Gym on campus.

Nicknamed “the traveling paint party” and based out of Pensacola, Fl., GlowRage made its second appearance at UWG during homecoming week. Their initial invitation was scheduled the weekend before classes started in August.

The glow party was meant to be a gift to the incoming freshman as a way to get them pumped and ready for school. Unfortunately, thunderstorms led to the party’s cancellation.

“We’re the number one booked party in America for colleges and universities,” said DJ and MC Jamison Scott. “We’ve been around for about three years for our college circuit.”

As it grew closer to party time, SAC handed out glasses and glow sticks to the participants dressed in white t-shirts and sneakers. The flashing lights flew around the field as the sun set and gave a glowing aura.

Thirty minutes after the party kicked off, Scott hyped the crowd with music, introduced himself and promised a good time. After the warm up, the sky fell black, the music pumped louder and arms flailed in freedom.

SAC executive board members Tori Taylor and Ashlee Miller started the paint free for all. The first round flew from poles that ejected the glow in the dark paint into the screaming crowd.

With Scott, aka Stoags, there to hype them up, he occasionally left the DJ booth to dump buckets of paint on the students. Wet, dirty and happy, the students partied until 11 p.m.

The night ended with breakdown of the equipment, a dead field and sloshy grass. Beating the University of Georgia and their rainy day, UWG was the first university in the state to be graced by GlowRage’s presence and glow paint. With this year’s homecoming theme to be “There’s No Place like UWG,” SAC and GlowRage proved that to be true.