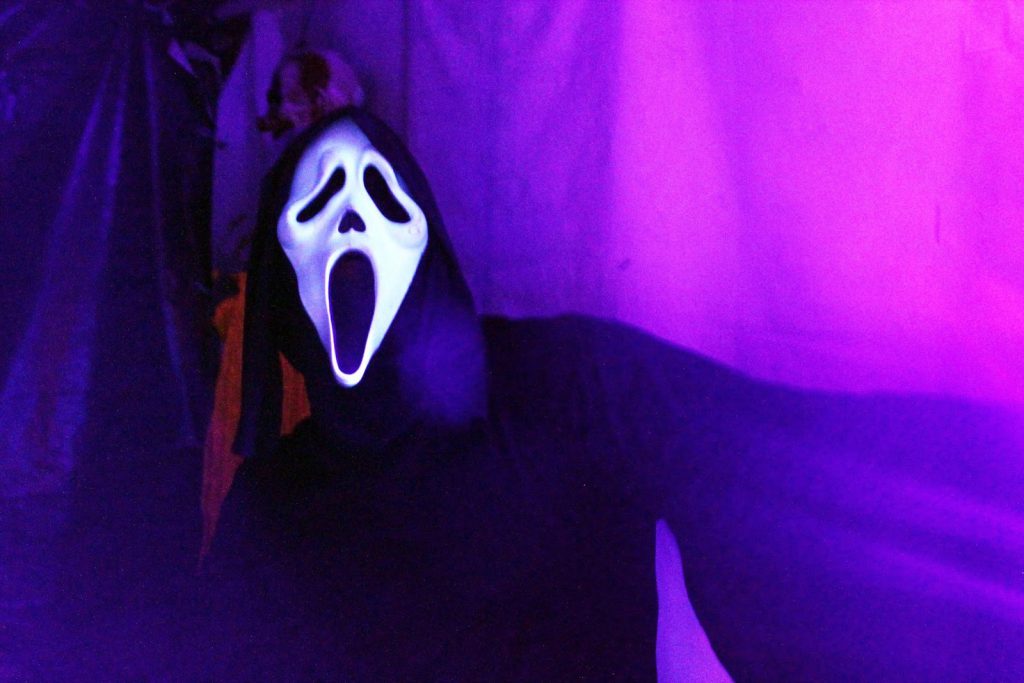 The Fall Festival was coordinated by Read Lucas, the 2016-2017 special events director. Previous years exhibited carnivals and costume parties for the Fall Festival, but the main attraction of this year’s festival was a haunted house provided by Simplifies ENT.

“It’s been about three years since we’ve had a haunted house for Fall Festival, so this year students should be prepared to scream, run and panic in the haunted house,” said Lucas.

That is exactly what students did.

Only four people were allowed in at a time while students who waited in line heard the screams of the victims inside. As students walked through the beginning of the house, deformed babies laid on the floor and glowing string tickled their heads.

Each room had a different theme. Bodies hung from the ceiling as a monster peeked from behind them in one room. In another, a crying lady sat in a crib holding what looked like a baby as a creepy nanny jumped out and put a creepy doll in student’s faces.

The house got scarier as students were taken through a tunnel and unknown hands grabbed at their feet, trying to pull them under. Streamers and white light flashed and distorted their vision as they passed through a highway.

When screaming and ominous music filled student’s ears, they knew they were near the exit. As they reached the exit, Ghostface and an evil clown blocked the passage, making students have to go through them.

When students made it through, a buffet catered by Dine West was waiting. The menu included mashed potatoes, green beans and macaroni and cheese with the choice of chicken or chili and sweet tea or lemonade. For dessert, there was chocolate chip and sugar cookies.

“I wanted students to enjoy themselves and their time here at the University of West Georgia,” said Lucas.

The event was a success. Students laughed and enjoyed the scare that SAC put on and many students are eager to attend next year’s festival.