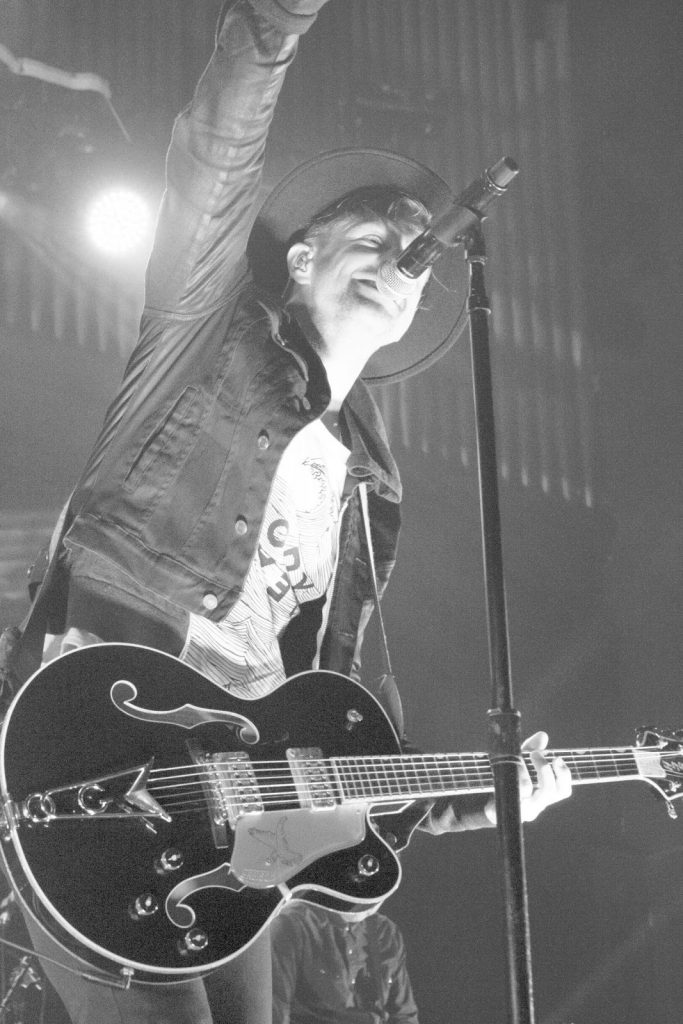 Before furthering their journey across the U.S., alternative rock band Relient K with headliner Switchfoot brought their Looking for America tour to Atlanta. The two bands performed a lively, soulful show and shared good vibes and Halloween fun at the Tabernacle on October 30.

Both bands performed old and new tunes, including songs from their 2016 albums, Switchfoot’s Where the Light Shines Through and Relient K’s Air for Free.

The stage was set up with lawn chairs, fake grass, a big white buffalo and was reminiscent of a lake house. The setting visually aided the horror-esque Halloween tunes Relient K performed towards the end of their set. This included three Halloween themed songs, one about candy, lead singer Matt Thiessen wrote for another show prior to this one and they posed as a perfect and unique addition to the Tabernacle performance.

Relient K kept the crowd mesmerized and fists pumping throughout their set, and the venue buzzed all night with wild and enthusiastic guests. The band performed wildly as Thiessen bobbed across the stage jumping between guitar and keys while sometimes fist pumping with a trumpet. There was never a dull moment.

Between sets, the crowd of people mingled across all four levels of the venue. Since there was no assigned seating, the atmosphere moved sporadically and the crowd shifted between floors in anticipation for Switchfoot.

Once the sets were changed and the stage was stripped of the lake house gear, Switchfoot entered the stage. However, frontman Jon Foreman was not present. The stage went dark and a silhouette danced on a screen above the center of the stage. After the spectacle, Foreman appeared and hopped around stage clad in a black fedora and leather jacket as the crowd went wild. As the show went on, Foreman lost the hat and jacket and bounced around the stage as much as Thiessen did.

During Switchfoot’s performance, the band took a moment to form- as Foreman put it- a kumbaya-at-the-beach moment where the group gathered center stage and serenaded the crowd.

Throughout, Foreman shared small bits of his deep and soulful thoughts and showcased an old soul personality with a taste of youthful enthusiasm.

Near the end, Foreman performed while shining a spotlight around the stage out into the crowd in a pitch black room. Later he also encouraged the crowd to raise their phones to shine their own individual lights. Switchfoot finished the show with a fan-favorite and classic, “Dare You to Move.”

Foreman’s enthusiasm, accompanied by his band, rocked the Tabernacle until 11 p.m. with an encore of three songs that resulted in Foreman crowd surfing. Foreman seemed as excited as the crowd to keep the show going. By the end, the main floor was littered with red, white and blue confetti and bubbles.

More than halfway through their tour, Switchfoot and Relient K lit up the Tabernacle with their enthusiasm and passion. Foreman kept the crowd going and did not show any signs of fatigue or wanting to stop.

Switchfoot’s and Relient K’s Looking for America tour will continue in the east in New Orleans on November 9 and Memphis, Tenn. on November 10 before moving back west towards Switchfoot’s home state California.