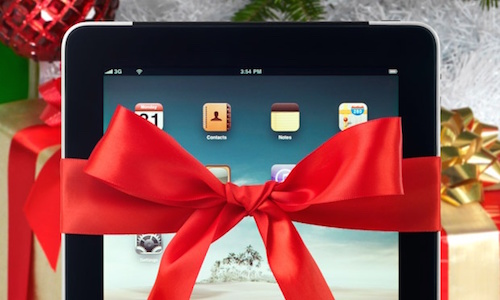 It is that time of year again when those tech savvy people wake up before the crack of dawn on Black Friday to buy the latest and greatest products for their loved ones. As the years go on, technology is evolving at a rather fast rate and the various tech companies are fighting for dominance. This is the time of year for companies like Apple, Microsoft and Nintendo to pull out all the stops and release the best devices they can.

Tablets are becoming more and more popular, mostly for their ultra portability and the power that they can hold. According to CNET, a popular technology review company, the best premium tablet of the 2014 holiday season is the new iPad Air 2. The newest iPad is faster and slimmer than previous models and it also allows for easy compatibility with other Apple products. The latest line of iPads starts out at $499.

If Apple is not your thing, or you need a tablet for more productivity, the Microsoft Surface is the line that would best suit you. Microsoft combined the touchscreen of a tablet, the power of a laptop and added a kickstand and removable keyboard. For $799, you can purchase the new Surface Pro 3.

If you are looking for a gift for a younger sibling or a parent who is not very tech savvy, the Amazon Fire tablets are the best beginners. Amazon’s tablets come in a variety of sizes and offer one of the simplest interfaces there is. Amazon’s tablet also contains a Mayday button for instant customer service. The megastore’s tablets start at the low price of just $99.

Another popular item to expect to sell plenty are the new video game titles being released. Although there are no new gaming systems out this year, there is a long list of games that are expected to be big sellers this season.

The much anticipated Super Smash Bros. for the Wii U is the first on many people’s list. This is the fourth installment in the Nintendo series and it comes six years after the last edition. Creators of Call of Duty and Assassin’s Creed are both releasing new editions of their popular series.

The latest craze that many tech fans are jumping at is wearable technology. There are many different brands out there that produce these smart watches and health trackers, but the most promising are Pebble, LG and Samsung.

The Pebble smart watches are compatible with both Apple and Android devices while the Samsung Gear line is strictly for the Galaxy phones. According to The Washington Post, some analysts think many fans are going to hold out until early 2015 for the new Apple Watch, which will be compatible with Apple iPhones. Monthly Market Pulse’s list of top selling smartphones contains three Apple devices in the top 10 with the iPhone 5s in the top spot.

No matter what kind of technology you are into, there is something new out there this season to look into. Whether it is a new television, a top of the line computer or tablet, even a phone accessory that you can wear, there is a new device for everyone.